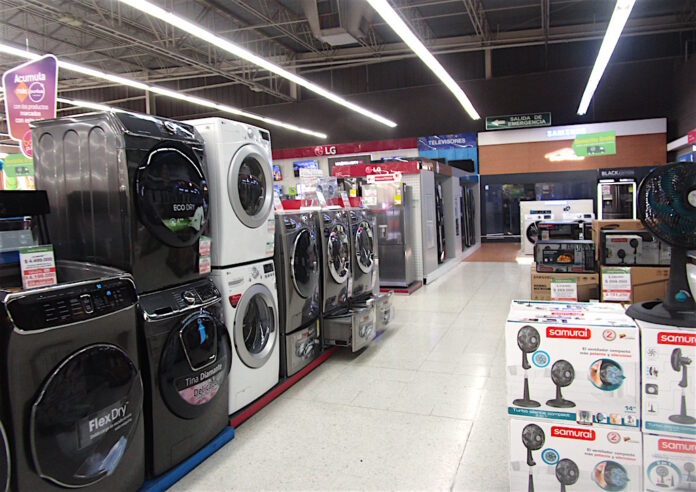 One of the downsides of living in Medellín or Colombia is that Colombia has a 19 percent IVA tax (a.k.a. value-added tax or VAT) on many products. This tax makes buying many things in Colombia more expensive than in some other countries.

Previously there was an IVA tax free day on June 19 and July 3 and another planned for July 19. However, on July 15, President Iván Duque announced that the day without IVA tax scheduled for July 19, was postponed. This was due to concerns about the coronavirus pandemic and the tax free day contributing to more risk of infections.

Colombia VAT, which is known as the IVA tax, is the country’s main indirect tax, which is collected by DIAN. And it is levied at 19 percent on most goods and services sold in Colombia. However, there are some things that are exempt from the IVA tax. And some things are taxed at lower rates.

Among items that are taxed at the full 19 percent IVA tax are clothing, personal and household toiletries, movies, airline tickets, appliances, footwear, jewelry, oils, margarine, condiments (spices, sauces and dressings), spare parts for cars and vehicles (except electric ones, which have a 5 percent tax).

Also, there is a 5 percent IVA tax on several products such as coffee, sanitary towels, tampons, diapers, toilet paper, lower cost bicycles, among others.

In addition, some grocery items such as milk, eggs and fruits and vegetables and several other items are exempt from the IVA tax in Colombia.

The IVA tax is included in prices you see posted on items in stores. But your receipt will break out the IVA tax into the different categories, such as 19 percent, 5 percent or exempt (zero percent).

Also, tourist in Colombia are eligible for an IVA tax refund on certain items like clothing, emeralds, footwear, handicrafts and some other items. We have a separate article that looks at the IVA tax refund for tourists.

There was previously IVA tax free days on June 19 and July 3. On Friday, June 19, the first of three planned tax holidays, at many stores in Colombia, mobs of shoppers turned out in a Black-Friday-like frenzy.

Retail sales reportedly jumped five-fold on the first tax holiday on June 19, according to the Colombian government

But the crowds were so large that social distancing went out the window. So, for the second two IVA tax free days, some items will be sold only online.

Also, the mayors of the Valle de Aburrá Metropolitan Area, in order to avoid crowds, according to El Colombiano established 24-hour open trading days on July 3, with the support of Fenalco.

The new IVA tax free day on November 21 is part of the strategies “Get up early at Christmas” and “Buy our thing” that seek to reactivate the economy and boost business. But this is being done hoping that merchants and citizens comply with biosecurity measures to prevent the spread of COVID-19.

The face-to-face sale of household appliances, computers, and communications equipment, which meet the conditions for exemption from the IVA tax, was suspended on July 3 (day without IVA tax), according to Decreto Legislativo 682 de 2020. This was to help prevent crowds in stores.

Also, on November 21, the face-to-face sale of household appliances, computers, and communications equipment, which meet the conditions for exemption from the IVA tax, are suspended

So, to buy household appliances, computers, and communications equipment, this had to be done online on November 21  for the IVA tax exemption.

There are maximum limits for the IVA tax free exemption to apply:

On November 21 in Colombia, you can save 19 percent when buying many products in Colombia due to the IVA tax free days.

However, this tax holiday brings out crowds of people. So, take care, wear face masks and try to maintain distance from others. Also, if you go shopping, we recommend going early.