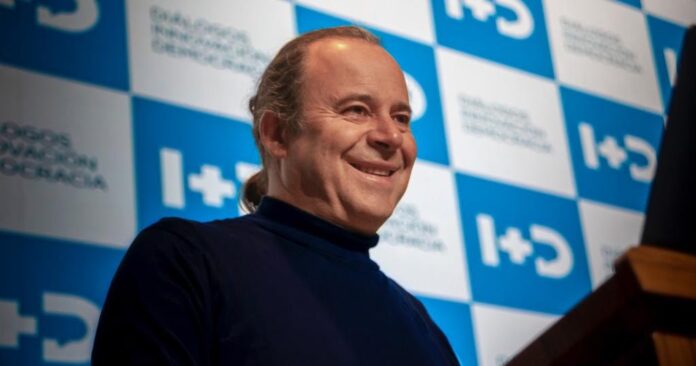 Subject: It is not democratic to give a media display case to the parliamentary forces of global narco-terrorism

We witness a trial of leaving a cheese to be looked after a court of rats.

«Disguise, you will win and you will prevail.» Today this seems to be the missive of an inverse ethic, the new dialectical premise in a world globally integrated by digital communication. Immediacy opens the door to what is false, turning it into true, without doing any curatorship or scrutiny of reality, without going through the due value judgment demanded by the authenticity to which everyone who is informed is entitle.

As a Colombian, a democrat and a person with a liberal and righteous mind, it is terror and horror that makes me see the most vivid apology for crime in the newspaper El País in Spain , giving the devil the pulpit to officiate at the liturgy of organized crime; to the morbid gospel of political ideology that validates the forces of global narco-terrorism, that like the wolf disguised as a grandmother proclaims the democratic statements with which they cover up the narco-communist radicalization that has been turning the illegal into legal, under the graphic flattery of the dove that symbolizes the ideal of Peace.

Mr. Director, I cannot find the explanation to allow Iván Cepeda, master of deception, manufacturer of false testimony, modern inquisitor, leader of the parliamentary guerrilla, to amplify as true, the fallacy of which he himself is the intellectual, material author and executioner of the human and democratic integrity of one of the most important political leaders in the world and contemporary democracy.

As the saying goes, «Friend´s? the mouse to the cheese and is what eats.» And it is that in modern digital politics, without a doubt, the end seems to justify the means, since the polarized forces do not understand that every democracy has an anarchic seed inside it that when the pendulum overflows, it is as harsh as the dictatorship, the harmful anarchy hidden in debauchery. Where is the responsibility in the editorial line? Because freedom has a limit, we cannot justify cowardice or hide the truth behind the guarantee, leaving aside the legality and compliance with the basic behavioral obligations that coexistence requires.

Democracy is ailling . just when it could most innovate. It is lost in a confusion where collective values and individual principles seem totally disoriented by what is reported. And it is that the reverse dialectic is the virus that has infected and threatened the authenticity of communication. This is how unconscious masses are being handled of the great deception of all those who by immediacy and ambition are given the task of destroying collective progress.

Colombia and the region that surrounds it, being the gateway to the turbulence of South American discontent, has become in recent decades a fascinating social laboratory for European political scientists, who in the community behave, but when traveling they are silly . In Colombian events, human behavior can be evaluated in all its most contradictory, most hopeful, but at the same time most destructive facets, where we can predict the dangers that the progress of our civilization faces and that lack of democratic and citizen security, as in that Chinese laboratory in Wuhan, a conceptual destruction factor with an exorbitant and still unknown force may escape it.

Only three countries in the world produce cocaine. The coca plant hurts no one in its natural state, its leaves undoubtedly offer naturally therapeutic capacities. The bad is not the coca, the evil belongs to the man who alkalizes it. The perversity lies in the criminal organization that feeds on the destruction of the humid tropical forest, of the planet’s biodiversity, of the minds of millions of teenagers who are not yet trained to make the free choice of how to forge their character. and make the life decisions that best suit them, and without a doubt the destruction of the democratic values that make up a good social pact.

Those criminal organizations, Mr. Director, are those represented by the Colombian Senator Ivan Cepeda, his drug-terrorist allies active in organized crime, and his unscrupulous political allies such as the Venezuelan dictator, the slave dictatorship installed in Cuba for more than 60 years, and his allies in politics. Europe and the extreme left-wing movements, that validate drug trafficking as a form of financing global terrorism.

This is the case of the systematic demonization in the media of the champion of the defense of Latin American democracy embodied in the figure of Uribe. The media assassination of the figure of former president Álvaro Uribe Vélez does not differ at all from the relationship between the destruction of tropical nature that is needed as the lung of humanity and what happens with COVID-19 in the lungs of a body with low defense, nor does it differ from what the large criminal organizations dedicated to drug trafficking want to do, enslaving the society with the proliferation of the supra-addictive use of alkaloids.

It is not democratic to give a media display-case to the parliamentary forces of narco-terrorism. It cannot be that the media gives credit and priority to the illegal story of the pot calling the kettle black, cannot find an ethical explanation for the big media, in order to gain “clicks” and “ratings”, not being aware of what is happening in Latin America and believing that what we are witnessing is a simple ideological dispute between left-wings and right-wings. But the matter is not that simple, it is much more serious and requires social responsibility.

The case of the infamy of justice against former President Uribe, has a far greater significance than what people imagine in a globalized world. Although Colombia is just a country that seems insignificant among the forces of the great established and emerging powers, I invite you, director, that you and the big media look under a microscope and see how a virus much worse than this pandemic reproduces: the loss of ethical values and morals, on which social pacts are built. Publishings the deceptions of characters such as those who were actors in the failed Peace process of Santos and the FARC that dismembered the balance of powers in Colombia, is undoubtedly a serious fault in terms of ethical and intellectual curatorship. Those are tricks and inducements that often confuse the consumer- reader.