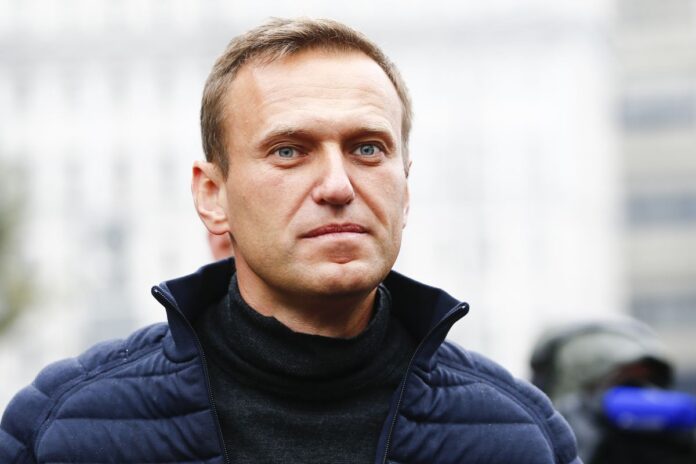 With the German government’s announcement Wednesday of “unequivocal evidence” that the nerve agent Novichok was used in the poisoning of Russian opposition leader Alexey Navalny, we are once again reminded how a vacuum in global leadership — notably, in this instance, the silence of the American President — can potentially open the way for the world’s strongmen to reach for the deadliest means to silence their critics.

German scientists said they found the feared and deadly chemical of mass destruction in Navalny’s body, and there are several theories on why the anti-corruption activist (who Putin seems hesitant to mention by name) was targeted. The most compelling theory centers around Navalny’s attempts to highlight official malfeasance ahead of the Russian regional elections later this month. Navalny has a massive social media following, and one video of his visit to the Russian Far East to promote anti-Kremlin candidates garnered over four million views in just a few days.
The fact that Navalny became ill from poison on August 20 while flying back home to Moscow from his latest anti-Kremlin campaigning appears to lend more credence to this theory about his apparent targeting. He is the most prominent of a long list of Kremlin critics who have been silenced at home and abroad by either assassinations or poisonings.
Then there’s the situation in Belarus, another possible incentive for the Kremlin to silence Navalny. With pro-democracy protesters in the neighboring country appearing to gain the upper hand in the wake of rigged presidential elections, Putin may have feared the unrest spreading to Russia. The ongoing protests in the city of Khabarovsk, which have drawn tens of thousands of people, cannot be far from Putin’s mind.
And there’s the fact that the use of Novichok landed the Russians into trouble once before: it is the same chemical that the UK government and the Organisation for the Prohibition of Chemical Weapons have confirmed was used in the targeting of a former Russian double agent, Sergei Skripal, and his daughter, Yulia, in the United Kingdom in 2018. Some versions of Novichok are thought to be many times more toxic than the VX agent the US says was used to kill the half-brother of North Korean leader Kim Jong-un in 2017.
“It looks like, as with the Skripals, the Russians almost want to be caught and yet be able to maintain a certain thin veneer of plausible deniability. But they are sending a message to Navalny and other political opponents that they can do this with impunity in places and times of their own choosing,” Alexander Vershbow, a former US ambassador to Moscow and the former deputy secretary general of NATO, told me over the phone on Wednesday.
But why now?
Even though Putin’s hold on power is secure until 2036 — thanks to constitutional changes approved in a referendum earlier this year — drops in his normally sky-high approval ratings and those protests in the Russian Far East and in Belarus may have prompted a move to scare opponents. (It is probably not a coincidence that shortly after Navalny fell ill, the Belarus opposition leader-in-exile, Svetlana Tikhanovskaya, said she was afraid to return home.)
The timing of Navalny’s poisoning might be further explained by the current external environment, which might enable these kinds of attacks.
First, President Donald Trump has demonstrated time and again a striking unwillingness to criticize Putin for past transgressions, even when aimed at the US. With revelations about alleged payment of bounties by Russia to Taliban fighters for the bodies of US servicemen in Afghanistan remaining unpunished, Trump is unlikely to offer a bold denunciation in response to the Navalny poisoning. While White House Press Secretary Kayleigh McEnany called the poisoning “completely reprehensible” and said the administration was working “to hold those in Russia accountable wherever the evidence leads,” the President has remained silent on the matter. Could it be that, in a rush to level the playing field while he can, Putin decided to strike before Trump is possibly voted out of office in November?
Second, with the world distracted by the Covid-19 pandemic (which has infected more than 26 million people and killed more than 863,000 globally), disasters such as the Beirut port explosion, and the crackdown on the pro-democracy movement in Belarus, autocrats pursuing nefarious behavior appear to have little fear of reprimand from the West.
Previous Kremlin attempts at creating havoc overseas or bumping off domestic opponents have often used clandestine services or entities difficult to trace. But whoever carried out the attack on Navalny, “must be at least sure of a cover up from the highest levels of political power if they were not directly ordered by the chain of command,” Ekaterina Schulmann, a Russian political scientist who is a fellow at the think tank Chatham House, told me on the phone from Moscow.
Vershbow said, “I would think if it involved Novichok, it’s more likely to have had Putin’s own sign-off … given that it involves a weapon of mass destruction and it’s already been a controversial issue since Skripal. It’s hard to believe that someone just did it to make the boss happy without his knowledge.”

Reaction of the West

The West has depressingly few options available to retaliate after this attack. The coordinated international action that happened in response to the Novichok attack on the Skripals in 2018 — more than 20 nations expelled more than 100 Russian diplomats, with the US sending 60 diplomats packing and ordering the closure of Russia’s consulate in Seattle — has clearly failed to nudge Russia towards honoring international norms. The best we can expect is another wave of diplomatic tit-for-tats.
Putin may feel he is already heavily sanctioned and, as Vershbow said, “it was worth the risk, and the gain outweighed the costs.”
But there are some potential options.
Berlin could send an extraordinarily strong message to Moscow that it will not stand for the use of banned chemical weapons by suspending work on the Nord Stream 2, a pipeline to bring natural gas from Russia to the EU. In recent times Russia has tested the will of the German government by allegedly sending a hitman to kill an ex-Chechen fighter in central Berlin in broad daylight last year and allegedly conducting cyberattacks on European governments ahead of elections.
But German Chancellor Angela Merkel has said that Nord Stream 2 will not be used to settle scores, despite reported pressure to end the project, in response to the Navalny poisoning.
Silence is certainly not an option. Until a US president who has zero tolerance towards state sponsors of terrorism is returned to the White House, don’t expect a compliant Russia. In the meantime, anyone regarded as a challenge or threat to the Kremlin has legitimate reasons to fear for their life.