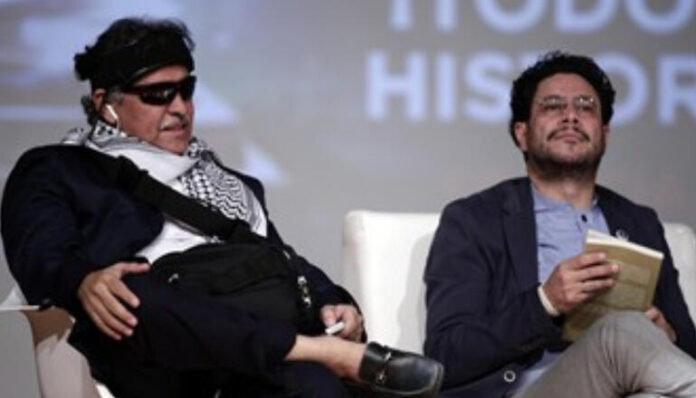 The “case” against Álvaro Uribe has been riddled with unchecked irregularities and violations of due process.  The details, publicly documented, reveal a shocking breakdown of constitutional and legal rights that must be investigated and studied by unbiased and independent international organizations.

The high court has recently transferred the case to the Attorney General, having lost jurisdiction given Uribe’s resignation from the Colombian Senate.  But the case file remains a toxic mess of injustice and should be thrown out.  In it, the Supreme Court judges ordered former President Uribe arrested after a combination of illegal actions and selective leaks to the media to distract from the lack of material evidence.  Former Chief Justice José Luis Barceló flagrantly violated due process and the Court arrested a man it hadn’t even charged with a crime.

In 2018, Barceló took over as Chief Justice at the height of a massive corruption scandal that had engulfed his predecessor on the Court.  At the time, he had a case sitting in a Supreme Court drawer for years, filed in 2012 by then Senator Álvaro Uribe denouncing aggravated slander, procedural fraud and abuse of public office by Senator Iván Cepeda.  For years, Cepeda had been using stunt tactics to falsely accuse the former president of crimes for political effect, and Uribe had gone to the Court to seek justice.

The Court had dragged its feet on Uribe’s complaint, even when he filed material evidence showing Cepeda had funneled cash and other benefits for false testimony from his star witness, convicted criminal Juan Guillermo Monsalve, who has changed his story repeatedly from inside his prison cell.  Other convicts have come forward to try to inform the Court that Cepeda pressed them to lie in order to incriminate Uribe, but Barceló suppressed that evidence.  Uribe’s counsel has demanded Cepeda say under oath whether he deleted text messages between himself and Monsalve, as Cepeda refused to hand his phone over to the Court for examination.  After being advised by the Court of the possibility of self-incrimination, Cepeda refused to answer.

On the eve of the 2018 congressional elections, Barceló decided to close Uribe’s complaint, and open one against Uribe instead for – astoundingly – bribery and witness tampering.  To any legal expert in Colombia, there was no material evidence to substantiate Barceló’s action while there was plenty of material evidence to investigate Cepeda, and more continues to emerge.  The next two moves by the judge exposed the Uribe case as a sham from the beginning.

Since there was no justification to open a case against Uribe, Barceló did it in secret.  Then he took what international observers expect to see in a country with no checks against a corrupt judiciary: Barceló issued what amounts to a falsified warrant to tap Uribe’s cell phone.   In an unrelated case – ironically, tied to the corruption scandal of his predecessor – Barceló took a case file where material evidence justified a wiretap against a different individual, and he listed Uribe’s phone number as belonging to that individual.  To any objective observer, it looked like an act of fraud, and an obvious violation of due process under rational standards.

To this day, Barceló has never come up with a credible explanation for the falsified warrant, ultimately saying it was an “accident”.  Perhaps Barceló knew what he was doing, taking an illegal gamble in the hope of getting some kind of evidence against Uribe he didn’t have.

But the gamble failed.  In over 20,000 intercepted phone conversations resulting from this “accident”, Barceló still had nothing.  No material evidence of any kind showing Uribe breaking any law can be found on those hours and hours of recordings, in a case opened without evidence, where the target was not even aware he was being investigated.

Still, 20,000 intercepted phone calls – even if acquired illegally – had to be used for something.  Naturally, leaks to the media began.  This was the first notification to Uribe he was being investigated, clearly without justification.  He went to court to demand to be fully informed, but was rebuffed.  Now, the case was no longer secret, and actions couldn’t be covered up forever.  But by the time Uribe was formally notified he was being investigated, much of the distorted, groundless case summary had already been leaked to the media.

Uribe finally had the chance to give his own statement to the Court in late 2019.  He eagerly submitted to questioning by Supreme Court Judge Cesar Reyes, and for hours in a single session he not only rebuffed every insinuation that Reyes tried to make from fragments of the illegal wiretaps. Uribe also voluntarily went into minute detail to push back against Cepeda and the accusations.   Reyes’ interrogation was a disaster for their case.

But there was one more shocking move left to shield this legal mess of a case.  Article 29 of the Colombian Constitution of 1991 explicitly says that any evidence collected outside of the realm of due process is null and void. The Supreme Court is sworn to uphold that provision of the Constitution.  Barceló’s “accidental” warrant to tap Uribe’s phone has been publicly exposed.  What did the Court do?  It validated the illegal wiretaps as evidence in this case, in blatant violation of Article 29.

Reyes has refused to answer questions about undue influences and possible conflicts of interest in this case.  The judge has not answered about his ties to Iván Cepeda’s wife in two prior jobs.  In recent days, Colombian journalists discovered a suspicious $200,000 services contract obtained by Reyes in 2016 from a “special programs fund” managed by the office of then-President Juan Manuel Santos, Uribe’s chief political enemy in Colombia.  Reyes has also refused to explain the contract.

And on August 4, 2020, Reyes authored an arrest warrant for Álvaro Uribe.  From the start the case was a fraud, opened without any legal justification, built on denying due process, violating basic constitutional protections and still lacking any material evidence, where a man is under arrest and he hasn’t even been charged with a crime.

How is that justice?