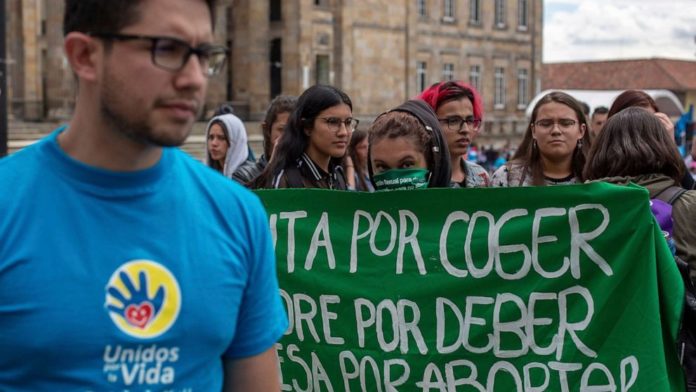 Fourteen years after Colombia’s landmark decision to legalize abortions in some cases, the country is once more bracing itself for a historic vote.

The Colombian Constitutional Court has until Feb. 19th to decide whether it will legalize abortion for pregnancies up to 12 weeks. The current law allows for abortion in only three instances: if the mother’s life is at risk, if a fetus is malformed or if the pregnancy is a result of rape.

The decision is hanging on two female justices who have not yet made clear how they will vote. Out of the nine justices, four men are in favor, and two men, as well as one woman, are against.

By law, all institutions providing health services in Colombia — whether public, private, secular or religious — are required to perform an abortion if a woman proves that she meets one of the three exceptions.

Even so, advocates say the reality is that it’s not regulated and hospitals often deny women the service.