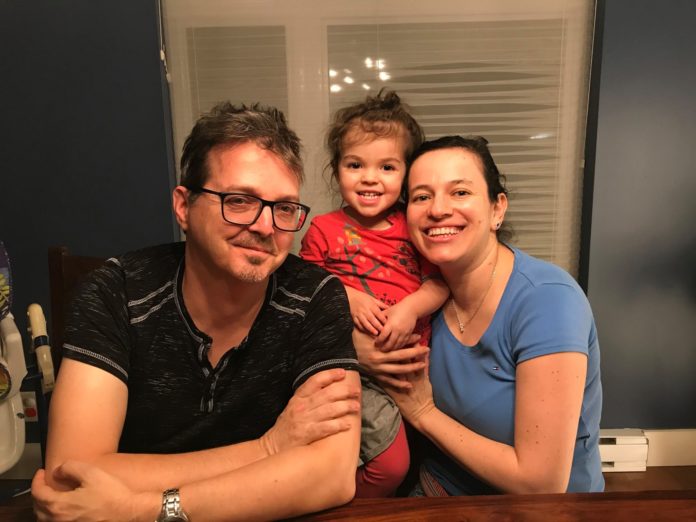 Orjuela, originally from Bogota, Colombia, had moved to Quebec City a month and a half earlier. She spoke next to no French.

Lampron had just moved into a new apartment, and Orjuela rang his doorbell.

She thought the former tenant was still living there, and she had dropped by to pick something up.

«There she was on my doorstep,» Lampron recalled.

«She tried to talk to me in French — or she thought she was speaking in French,» he joked.

«My French was not good,» she agreed.

The Spanish speaker and the francophone switched to English, a language which neither of them really spoke much of either.

Lampron offered to help Orjuela with her French. She gave him her number.

«One hour later, he called me,» she said, laughing.

The two hit it off, but communication remained a problem.

Orjuela was taking French courses in her spare time, and true to his word, Lampron did end up helping her improve.

«After that it was me who started to learn Spanish,» he said.

Today the couple has a two-year-old daughter. Luna speaks French and Spanish at home, and her father says she will learn English once she starts school.

«She will be trilingual,» he said.