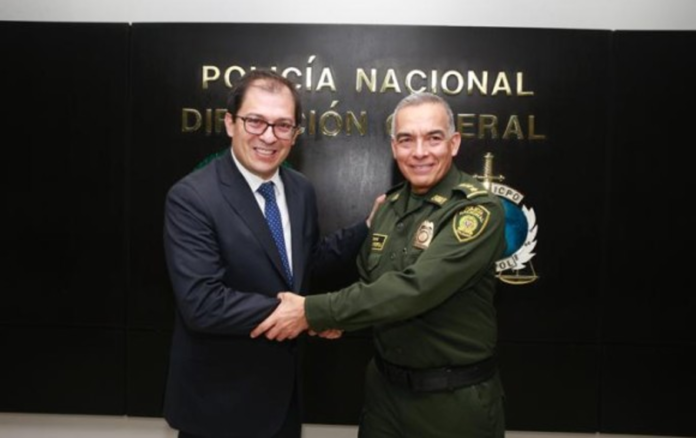 For just over an hour, the elected prosecutor, Francisco Barbosa, met on Tuesday with General Óscar Atehortúa, director of the police, as part of the protocol that the new prosecutor has taken since he was elected by the Supreme Court.

The meeting took place at the Police general headquarters and was closed doors, although a joint statement between the two officials had been announced.

However, the point that the meeting had as one of the main topics was a strengthening of the work between police and prosecutors in order to fight, in a more effective way, any kind of crime.

«We are committed to advancing on different fronts, including collaboration in everything related to the fight against drug trafficking and terrorism,»said Barbosa, who continued his agenda with the joining process. His possession is expected to be next week.

For his part, General Atehortúa noted that strengthening the mechanisms between Police and Public Prosecutor’s Office will guarantee them effective results «in defense of citizens and protection of community resources».