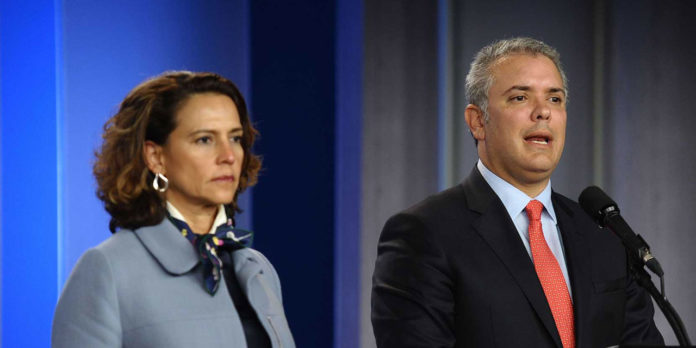 Colombia’s President Ivan Duque replaced his interior minister in what could be a move towards sharing power with other parties without losing his own. 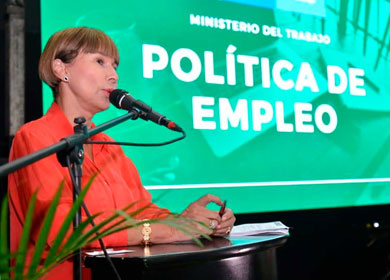 The move allowed Duque to get rid of the unpopular Gutierrez without making waves within his far-right Democratic Center party that doesn’t want him to stray away from his political patron, former President Alvaro Uribe.

The president is walking on eggshells though. Duque must make space in his cabinet to obtain a majority in Congress without losing support from his party’s far-right ideologues.

Arango has been with Uribe since the beginning of the century. Her move to the Interior Ministry will likely keep the “Uribistas” happy.

Arango’s move to the Interior and the recent resignation of Health Minister Juan Pablo Uribe leaves Duque with two vacant seat he can use to barter support from Radical Change or the U Party.

Together with the Liberal Party, these two parties have been forming a center-right voting block that has teamed up with the leftist opposition to sink any government proposal that doesn’t strike their fancy.

If the president is able to break up this center-right voting bloc, Duque would be able to push government initiatives through Congress.

Keeping the ideologues in line

The authoritarian CD frowns upon sharing power, especially with parties that are notorious for back-stabbing and corruption.

The “Uribistas” are proud that Duque has refused to buy political clout are more than happy concentrating power around their party, despite this bogging down Duque’s governability.

Political representation must be based on ideology. What cannot be is that participation starts from positions. This would be the same as what we criticized about [former President Juan Manuel] Santos; state bureaucracy to eliminate differences in Congress.

Uribe has been trying to keep the harmony between Duque’s pragmatism and and the radicals, knowing he may be in jail on fraud and bribery charges before the end of the year.

Unless the CD chief is able to maintain unity within his party, the party that vows to continue his controversial legacy is likely to break in two may he resign or disappear behind bars.