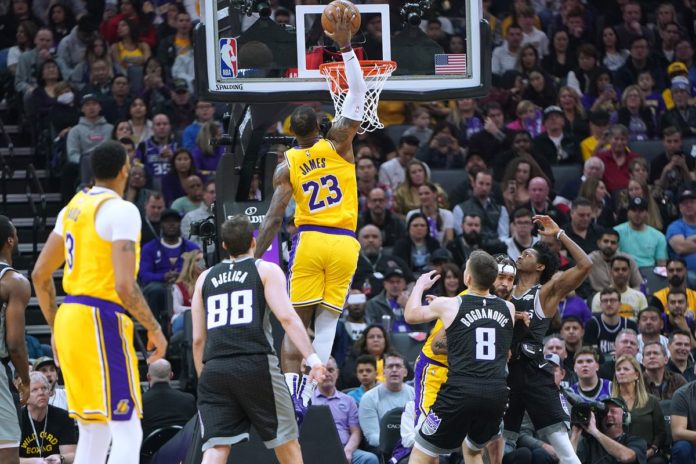 Dwight Howard #39 of the Los Angeles Lakers shoots the ball against the Sacramento Kings on February 1, 2020 at Golden 1 Center in Sacramento, California.

Anthony Davis scored a team-high 21 points as the Los Angeles Lakers put the emotions of their Kobe Bryant tribute night behind them with a 129-113 victory over the Sacramento Kings on Saturday.

The Lakers won their first game since Bryant died in a horrific helicopter crash after losing 127-119 Friday to Portland on a night when they paid tribute to the NBA legend.

“That is our first win since this happened. There are going to be a lot of important steps for us along the way.”

“I loved the way we came out tonight,” Vogel said. “We knew last night was going to be an emotional game. We got through it. Tonight it was get back on track and go out and get a win no matter what.”

James’ triple-double was his 11th of the season, one off Luka Doncic’s league lead, and the 92nd of his career.