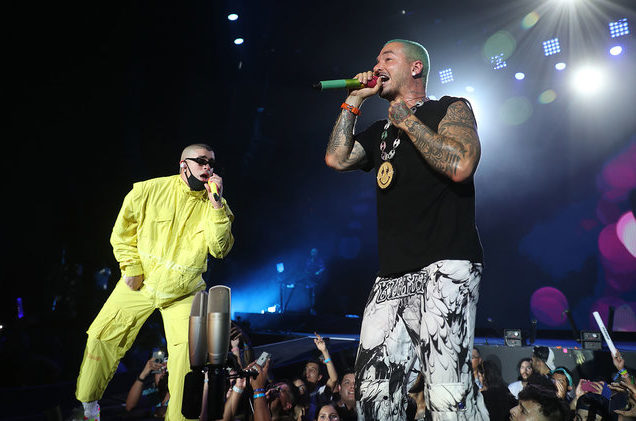 J Balvin and Bad Bunny will be performing as surprise guests at the upcoming Super Bowl LIV halftime show today.

The stars will join headliners Shakira, Jennifer Lopez and Lopez’s 11-year-old daughter, Emme, for what’s sure to be a celebration of Latin music and both artists’ iconic discographies.

Sources have confirmed that Bad Bunny will perform «I Like It Like That» with Shakira as well as a snippet off «Chantaje» J Balvin will perform a bit of «Que Calor» and «Mi Gente» with JLo.

While the exact set list for the show remains unknown, the latter teased the upcoming performance earlier this month by promising, «You’ll see me in all my splendor» during an interview with 60 Minutes. Lopez, meanwhile, spoke of the halftime show’s «fantasy» during a December 2019 appearance on CBS This Morning, saying, «We’re both Latin artists, we bring that flavor. It’s exciting and a new thing that hasn’t been on any Super Bowl.»

Demi Lovato will sing the National Anthem at the big game.