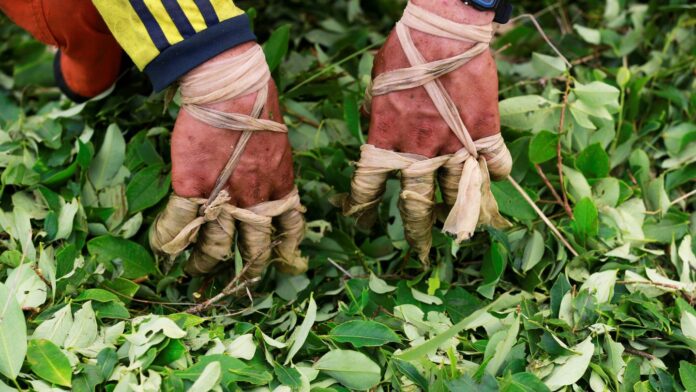 I was a child in Colombia when Pablo Escobar carried out terrorist attacks throughout my hometown, Bogotá. I shopped a couple times at a mall where he blew up a car bomb and killed eight people.

Thirty years ago, I began to consider that the legalization of the cocaine business would be the best strategy to reduce bloodshed in my country. I have not changed my mind, but I think people should learn to distinguish between a war on drugs and a war on the mafia because the latter does not end with legalization alone.

Former U.S. President Richard Nixon officially declared a “War on Drugs” in June 1971. Since this policy took hold in the United States, the Colombian authorities have been fighting drug traffickers for the last 50 years. More than 262,000 people were killed in the Colombia conflict from 1958 to 2018. The main killers in this conflict have been criminal organizations that were initially motivated by political ideals and later became drug cartels.

It is rumored that mafias have been trying to get power over Colombia since 1974 when drug traffickers would have offered to pay the foreign debt. In 1982, Escobar had managed to get a seat in Congress, and he showed intentions to stay in politics to run for president.

Escobar posed as a philanthropist, as a rich man who loves to share his money with the poor. He was fooling everyone until 1983 when some publications of Guillermo Cano in the newspaper El Espectador and direct accusations from the Minister of Justice Rodrigo Lara Bonilla revealed that this rich man was a criminal.

After that, Escobar would leave his comfortable status as a politician to hide for the rest of his life, and he never stopped ordering murders. He paid assassins to kill Lara in 1984 and Cano in 1986.

Boom of Coca Bush in Colombia

In 2015, the administration of former Colombian President Juan Manuel Santos claimed that people could suffer cancer when using the pesticide Roundup, and later the Constitutional Court of this country banned the use of is over the coca leaf. Since then, cultivation of this plant has boomed, increasing the production of cocaine in Colombia. It happened during conversations about the “peace“ agreement in Havana, Cuba, between Santos and Farc, a Colombian communist drug cartel. This prohibition seemed like a concession Santos made to Farc because it changed the way Colombian authorities fight against drug cartels.

Spraying Roundup on Coca crops in Colombia was a tool to fight traffickers until the use of this herbicide was banned in 2015. Photo courtesy USGS / Alan Cressler

Santos announced the end of the war in Colombia after signing the agreement with Farc in 2016. The Norwegian Nobel Committee spread this misconception worldwide, giving the Peace Nobel to Santos and announcing that “he had brought one of the longest civil wars in modern history to a peaceful solution.”

It was a huge lie. Colombians have seen several peace agreements between our government and rebel groups like M19 and Auc, but in the end we have never seen peace because the main driver for this bloodshed, far from a civil war, is the drug trafficking. Farc was the biggest group, but it was just one among many others that committed crimes throughout Colombia. Also there are thousands of Farc members who never put down their weapons, and are still among the main traffickers and killers in the country.

Since the Farc-Santos accord was signed in 2016, the variety of drug cartels that exist in Colombia quickly took over the business Farc left abandoned. Different from peace, the Havana accord brought more confrontation among cartels for the cocaine business. It also increased the migration of peasants who have always been in the middle of the conflict in my country, before and after the Farc-Santos “peace” agreement.

From 2016 to January 2021, 400 human-rights defenders or social leaders were killed, and counting. It is well-known that the drug traffickers were usually the murderers. The agreement that was meant to bring peace actually increased coca production, and criminals increased their presence all over the territory.

Some traffickers harassed social leaders before killing them because those leaders belong to the program of eradication and substitution of coca crop. In this context, it is obvious that drug cartels interfere in the election of mayors in many towns of the country.

I would not say that the money that the U.S. has provided to fight mafias in Colombia was a mistake. We need resources to fight against these criminal organizations. Those mafias are in many kinds of businesses aside from drug-dealing like kidnapping, extortion, cybercrime, land theft, robbery, human trafficking, smuggling, weapons deals and illegal extraction of minerals. The authorities must confront them in all those illegal activities.

Also, authorities should track how they launder money to get their dollars through the financial system. They need to identify the way mafias invest their money in industry and business. And of course we need to spend money on all this; we need to invest in our security.

If the power of these traffickers keep escalating, my country could become a narco-state totally ruled by criminals like happens in Venezuela where the socialist dictator Nicolas Maduro is one of the leaders of the mafia named Los Sole

Many people have participated in drug trafficking in Colombia. Drug dealers have bribed or forced entrepreneurs, politicians, judges, and members of the security agencies to do money laundering and to commit a wide variety of crimes.

Criminal groups related to drug trafficking and political ideologies killed five presidential candidates between 1987 and 1995. In 1991 the mafia persuaded politicians to ban extradition in a new constitution. In 1994 the Cartel of Cali financed the campaign of the former president Ernesto Samper. In 2006, during the government of former President Alvaro Uribe, paramilitaries worked many times with corrupt members of security agencies to commit horrible crimes.

Now is the moment when the cocaine business looks stronger than ever thanks to the Farc-Santos accord. Farc leaders took advantage of the political need of Santos to get him reelected, procuring his agreement.

Even Mexican drug cartels went to Colombia to participate in the boom of the coca bush, while former leaders of the Farc went unpunished after ordering human crimes like murders, slavery, kidnapping, sexual crimes against minors, and practiced abortions to minors. After they signed the agreement. they just took up seats as lawmakers in Colombia’s Congress without paying for their crimes.

Mafias, the far right and communists have been trying to take power in Colombia, but fortunately my country has remained as the longest-running democracy in South America. Unlike Venezuela, Nicaragua or Cuba, every four years we freely elect our president. Unfortunately, Colombia is not a perfect democracy because as I said, it has some territories ruled by traffickers.

Now, many people consider the most likely next president, Gustavo Petro, as the biggest risk for our freedom in Colombia. He seems to have the same authoritarian profile other socialist leaders have in Latin America, and according to his economic proposals he is like those who have the tendency to kick off foreign investment and ruin the economies.

Petro belonged to the M-19, a communist guerrilla group, which received amnesty from the Colombian government in 1990. I watched the TV news when this criminal group invaded the Palace of Justice in Bogotá and took hostages in 1985. Some people say that Escobar financed this assault to destroy some files about his crimes that were inside the building. In the middle of the confrontation between the military and M19, the courthouse burned down, leaving 94 dead including 11 court magistrates, some of the wisest people in Colombia.

For some people Petro is a messiah capable of ending corruption and poverty. But Petro has not given any credible explanation about a video where he appears receiving many bundles of bills, something that looks like money laundering, theft or bribery.

Petro also has demonstrated that he is a terrible leader. He was mayor of Bogotá, and he ruined the public finances of the city. It looks like Petro is fooling his followers like Escobar did when he took a seat in the Congress in 1983. I wonder if Petro finally would be the best way mafias could take power in Colombia.

On Oct. 25, 2021, the White House announced its new strategy to treat the war against drugs with Colombia and said nothing about legalization of cocaine, or the use of Roundup. This herbicide was forbidden to be used on coca crops, despite it being allowed in many Colombian agricultural products. Maybe Americans are confused about this prohibition as long as it clearly benefits drug cartels, and as long as Roundup is being used as well in approximately 90% of American food.

While the debate about worldwide hard-drugs legalization comes to an end, a strategy to reduce the revenues of drug cartels in Colombia would be returning to spreading Roundup on coca crops—at least on those where criminal organizations sometimes kill human-rights defenders or social leaders who work in the program to manually eradicate the plant of coca.

I am concerned about what will happen in Colombia with the current cocaine boom in the hands of criminals who increasingly increase their power in the country by sending cocaine mainly to the U.S and Europe. What will become of  the legacy of those who I used to see on the news get killed when I was a child because they were facing down drug killers and taking care of my freedom? They rejected the mafia’s bribes and sacrificed themselves fighting against them, using free speech about democracy as their weapon—like Guillermo Cano, Rodrigo Lara, the five presidential candidates and the 11 judges burned to death in 1985.

Allowing drug cartels to produce more cocaine as Santos did is not a good way to reduce the violence in Colombia. One real way is to allow businessmen or governments from around the world to enter the production of hard drugs to satisfy the demand of their countries, leaving the Colombian mafias out of that business. That is now happening to the Mexican mafias with marijuana since some states in the U.S. produce this weed.

Nixon’s “War on Drugs” could be lost as many say lately due to unstoppable demand. Worldwide legalization of hard drugs would not bring peace, but it would help to reduce violence. It would be the least worst option. However, authorities should keep fighting mafias.

Even if the legalization comes to pass, we need to keep fighting against these criminals in Colombia because they won’t be willing to kindly leave the drug or their other businesses. Probably, the mafias will decide to cover their lost money by committing more of the other crimes such as kidnapping and extortion.