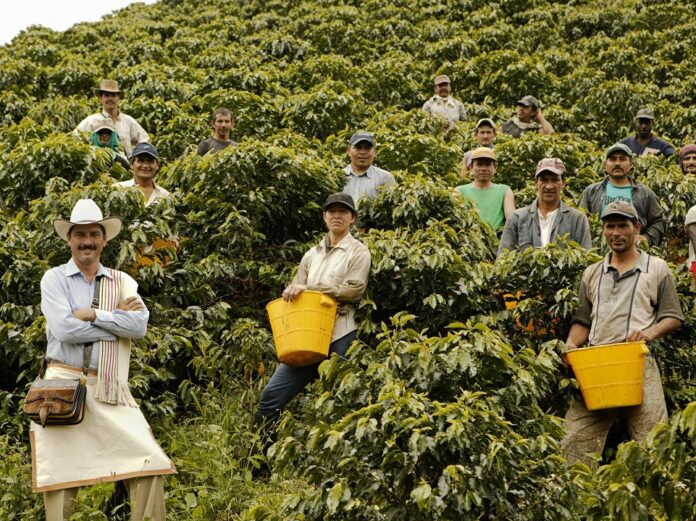 Colombia, the world’s top producer of washed arabica, hopes to maintain its current coffee production and export levels next year amid good international prices, the head of its coffee growers federation said on Tuesday.

“We’ll produce a bit more or a bit less depending on variables like the weather, fertilization,” federation head Roberto Velez told a virtual news conference at the group’s annual conference.

Current coffee plantations cannot produce more than 14.5 million bags, Velez said, but there are no major plans for expanding the crop area.

“We need to keep on the issue of increasing productivity, increasing densities,” he said.

The federation hopes to increase productivity – how many beans are produced by each tree – to 22 bags per hectare (2.5 acres), up from 19.5 now, Velez said.

A 50-cent quality premium on the New York market has allowed coffee-growers to pay debts and recover profitability this year, he said, after a difficult period when income did not cover production costs.

“There isn’t a coffee bonanza, this is a recovery of the profitability of coffee-growing,” Velez added.

The premium should continue in 2021, with the stability of the dollar and the New York price allowing the sector to remain competitive and move ahead with plans to replace older coffee trees with ones resistant to fungus and borer beetles, he said.

This year’s harvest will be worth some 9 trillion pesos, about $2.5 billion, the highest value ever recorded, the federation and government say.

Production was 14.8 million bags in 2019, a 27-year high, thanks to productivity increases and good weather.