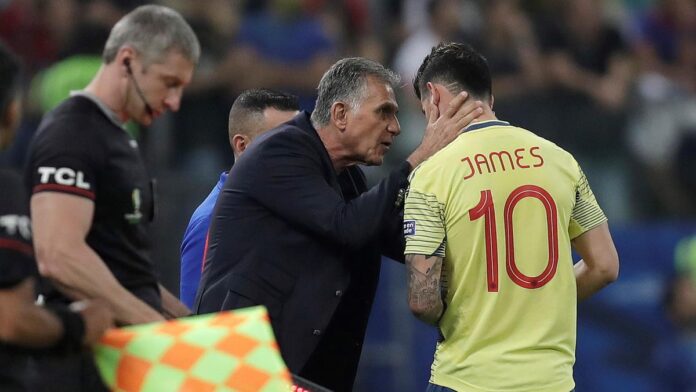 Queiroz’s departure was announced by the Colombian Football Federation (FCF) on Tuesday after the nation’s slow start to 2022 World Cup qualifying.

Colombia, who have featured at the past two World Cups, have won just one of their opening four qualifiers, collecting four points to sit seventh.

«The Colombian Football Federation and the technical director Carlos Queiroz agreed the coach would not continue as head of the Colombian Men’s National Team,» a statement read, according to Goal.

«We wish Professor Carlos Queiroz and his team the best in their future career plans.

«As of this date, the Executive Committee of the Colombian Soccer Federation will initiate the process to search for the coach who will occupy, in the immediate future, the position of technical director of the Colombian Senior Men’s National Team.»

Despite starting World Cup qualifying with solid results against Venezuela and Chile, the Colombians crashed to a 3-0 defeat at home against Uruguay before being battered 6-1 on the road by Ecuador.
Queiroz was immediately under pressure following the two humiliating defeats and the decision was made for him to leave the role on Tuesday.

La Tricolor will need to appoint a new coach by March, when it faces Brazil and Paraguay, with Jorge Luis Pinto and Juan Carlos Osorio expected to be strong candidates.

Quieroz shot to prominence as Sir Alex Ferguson’s assistant at Manchester United across two stints, which included a period coaching Real Madrid in between.

The 67-year-old coached his native Portugal between 2008-10 before embarking on an eight-year role with the Iran national team, which commenced in 2011.