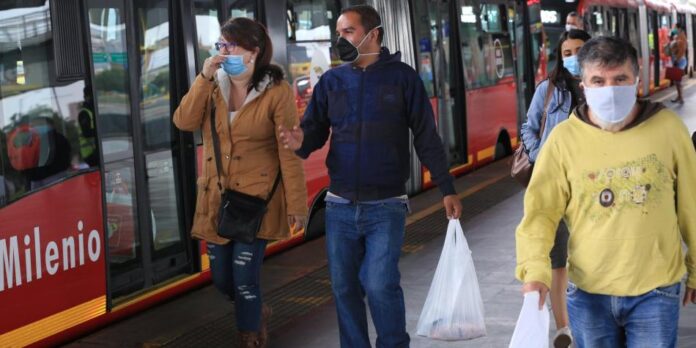 According to the Johns Hopkins coronavirus database, Colombia now ranks in 10th place in terms of global infections after Italy surpassed the Latin American nation on Tuesday with 32,191 additional daily cases, compared to 5,911. And months after Colombia ranked sixth among 191 nations and territories in the tally, Tuesday’s nationwide count was among the lowest registered since late September when the country marked the lowest point after the first wave of contagion with 5,146 daily cases.

The difference between lows reported to the Ministry of Health in September and this week’s deceleration in new infections is the marked increase in PCR and antigen testing – averaging 45,000 per day.

After the outbreak was confirmed with the first case on March 6, Colombia has conducted more than 4.7 million PCR tests, of which, 3.5 million have proven negative. With a total of 1,218.003 cases during almost nine months of the pandemic, active cases stand at 55,471 or 1,125.184 patients recovered.

This data also suggests that the rate of transmission of the “second wave” is lower than the original surge that peaked on August 19 with 13,056 cases and 30,000 PCR tests. The numbers also indicate that despite predictions by health authorities that Colombia would endure more than two waves of infection (the third expected between January and February 2021), the use of obligatory face masks since the national health emergency was declared on March 23 has managed to lower the rate of transmission to a current level of 1 despite millions having resumed economic activity and no quarantine as the country prepares of end-of-year celebrations and holidays.