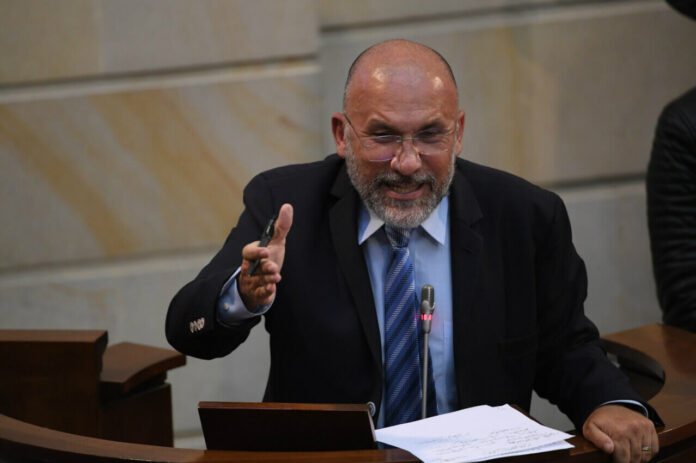 Congressmen of the Democratic Center headed by Santiago Valencia and Ciro Ramírez said that it is curious that whoever stole from Caprecom and Esap intends, with the double standard that characterizes him, to propose a referendum to remove the President. What we Colombians must do is revoke the agreement reached by the FARC and its members of Havana, among them Roy Barrera. It is necessary to revoke the cover and the impunity that Barrera seeks for his friends from the Farc, those who committed heinous crimes against humanity such as the one they recently confessed against Dr. Álvaro Gómez’, said the congressmen.

As soon as he resigned from the Party of the U, arguing that there are «ideological differences» that have generated «an irreparable fracture», Senator Roy Barreras also announced that he will take to the streets to collect signatures with the aim of calling a four-point referendum, among them, revoke the mandate of President Iván Duque.

The three points of the consultation, which according to Law 134 of 1994 must have at least two million signatures that support it to be convened, are to define a universal minimum wage, that everyone has the right to receive a pension not less than the minimum wage and that university education must be public and free.

However, several sectors have already criticized the proposal, have described it as unlikely and others have said that they will support it. The first to reject the idea was the senator, also outgoing from the community, Armando Benedetti, who stated: “I have resigned from the Party of the U, but I am not a candidate for the presidency and I am not in the referendum against Iván Duque”.

Another of the critical voices is that of the Professor of Political Science at the Universidad del Rosario, Yann Basset, who hinted that behind a call for a referendum there was an interest in the face of the 2022 elections, noting that “collecting signatures for anything that will not happen is already becoming a mandatory stage for any pre-electoral campaign”.

Senator Santiago Valencia also described the proposal as «absurd», since the revocation of the mandate for the presidential figure «does not exist in our Constitution”.

At the same time, citizens promoted two opposing digital signature collection initiatives on the Change.org platform. The first, which aims to «definitively revoke Iván Duque from the Presidency of Colombia», currently has 29,604 signatories; While the second, which is entitled «President Duque, you are not alone» and seeks to ratify the support for the president, has obtained the support of 38,973 people.