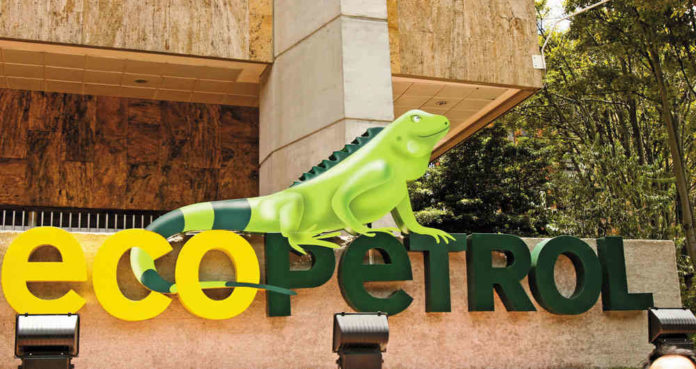 Colombia’s state-run oil company Ecopetrol will look to increase the number of exploratory wells it has planned through 2022 to up to 45 in a bid to further bolster reserves, company executives said on Wednesday.

Ecopetrol will also roll over $434 million in debt set to expire this year, the executives said.

Ecopetrol drilled 20 wells in 2019, the company said in a results filing on Tuesday, above its goal of 12. The wells had a 40% success rate.

“We have been more proactive every time from the point of view of exploration,” Chief Executive Felipe Bayon said on a call with investors. “Last year we had a lot of success in the bidding process for (exploration and production) areas, we will keep working on that.”

“We are working on having an inventory of potential exploration prospects that is much greater than (the goal of) 30, it could be 40 or 45 wells,” through 2022, Bayon added.

Ecopetrol’s net profit in 2019 was 13.3 trillion pesos ($3.87 billion), up 14.7% on the previous year, due to a successful commercial strategy for its heavy crudes, it said on Tuesday.

“We will not be cautious from the point of view of exploration,” Bayon said, adding that the company’s 2020-2022 plan will focus on Colombia and on international wells with good prospects.

Jaime Caballero, Ecopetrol’s vice president for finance, said the $434 million debt roll over was advantageous and may involve some form of restructuring.

“There could be certain opportunities to improve the cost of debt of the group, taking advantage of circumstances of the market,” Caballero said on the call. “In that sense we are working on the roll over of debt and perhaps in changing some of its components.”

Mexico’s Pemex, meanwhile, is struggling with an estimated $99 billion in debt. President Andres Manuel Lopez Obrador has provided $9.5 billion in support via capital injections, tax breaks and debt refinancing, effectively transferring at least some of the company’s risk to the federal government.