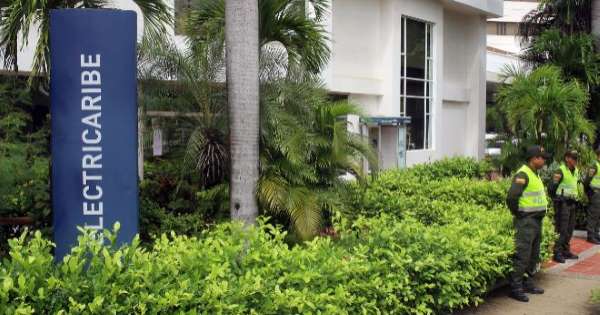 The Colombian authorities postponed from February 28 to March 20 the auction of assets of Electricaribe, a company of Spain’s Naturgy intervened by the State in 2016 due to financial problems.

The Superintendent of Public Home Services, Natasha Avendano, explained Friday that the decision to postpone it was made at the request of “some of those interested in the process.”

Avendano said that the agency is aware of the “complexity of the transaction” and understands “that the reasons stated in the communications make this additional time necessary for the qualified to finish preparing for the presentation of the offers.”

“That is why we consider the extension of the schedule viable. From the National Government … we will continue to guarantee the provision of electric power service on the Caribbean coast until we find one or two operators for the market of the seven departments,” he explained. Avendano

The company, which has 2.5 million users on the Colombian Atlantic coast, was intervened by the Government due to its financial problems caused by fraud in electricity consumption and non-payments that affected the provision of the service.

That is why Naturgy, former Gas Natural Fenosa, sued Colombia before international arbitration tribunals for the State intervention process in Electricaribe.

Last September the Spanish company denied that Electricaribe had illegally appropriated, as the Comptroller (accounts court) assures, of resources allocated by the Government to subsidize the electricity service.

That agency charged fiscal responsibility for 187,227 million pesos (about 55.3 million dollars today) to Electricaribe for the “improper application of specific destination resources” of the state Social Energy Fund (FOES) that should be used to “relieve the value to be paid on the energy consumption bill “of low-income users.

On March 20, the auction will be held in parts of “the complete market known as Nuevo Caribe and the separate markets (CaribeMar and Caribe Sol)”, according to the Superintendence of Public Home Services (Superservices).

“The requests of those interested in extending the term of the auction by three weeks were analyzed in detail by the National Government, the advisory team and the Special Agent of Electricaribe,” said the agency.

He added that “they were accepted taking into account the magnitude of the transaction, the complexity of the market operated by Electricaribe and the preparation of the necessary documentation at this final stage, in order to present the offers.”

One of the companies that will participate is the Medellin Public Companies (EPM) group, whose board of directors approved last Wednesday to present the documentation for its participation in the auction process of the shares of CaribeMar, which it said represents approximately 12% of the participation of the country’s energy market.

“If awarded, the business group would increase its participation to 35% in the energy distribution and marketing market in Colombia, extending its quality services to a population of 19 million people,” EPM said in a statement.