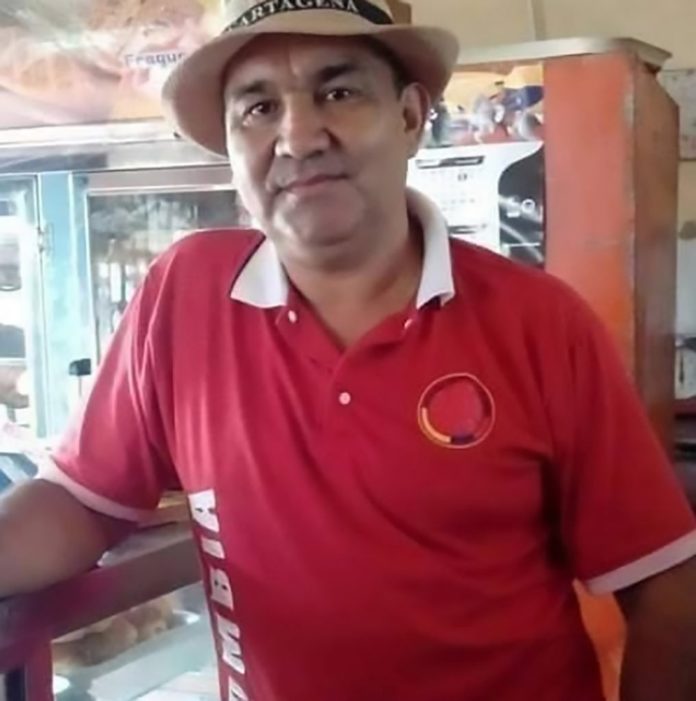 A Colombian councillor who was elected in a landslide victory in the country’s October local elections has been shot dead in front of his wife when he tried to stop armed thugs stealing the takings from his bakery business.

The incident took place in the town of Cunday in the central Colombian department of Tolima at around 9pm on 11th February while the victim, Jeovanny Alirio Oliveros Mayorga, was at home with his wife.

According to local media, two armed robbers broke into his house and shot the Colombian official three times.

Reports said that the victim, who was elected in a landslide victory in the Colombian regional elections on 27th October, grappled with the intruders before they opened fire.

Police captain Rodolfo Carrero said: “Two men broke into his house via the councilman’s back garden to steal the money belonging to a bakery he owns. Apparently, he was followed.

“We are sorry about his death and we send our condolences to his family.”

Alexander Tovar, Tolima secretary of the Interior, said: “We will assemble a council with all town representatives to find out what happened and track down those responsible as well as clarify the motive behind the murder.”

Reports said that the national police and army servicemen have been deployed in the town as the investigation continues.

According to the Electoral Observation Mission (MOE), 19 social and political leaders were murdered in January with the Colombian departments of Choco and Cauca being the worst hit.