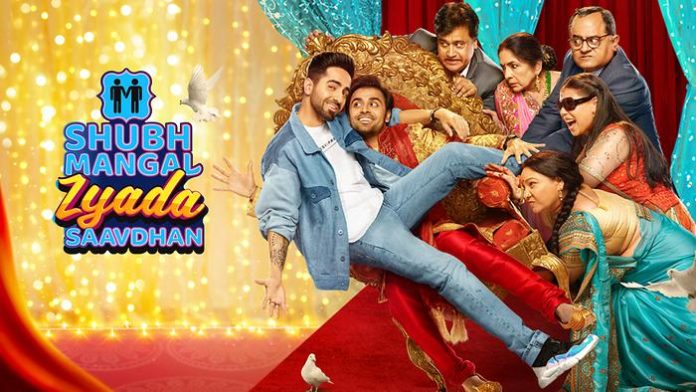 A new Bollywood romantic comedy featuring a gay romance is hoping to win over older people, following the decriminalisation of homosexuality.

Gay sex became legal in India in September 2018, when the country’s Supreme Court struck down British colonial-era law Section 377 – and the LGBT+ community in the country has blossomed the wake of the ruling.

The film stars Ayushmann Khurrana and Jitendra Kumar as gay couple Kartik and Aman, as they struggle to win over Aman’s parents – who are unable to accept that their son is gay, and attempt to set up an arranged marriage.

Khurrana said he hopes to “reach out to the homophobes” with the “love story of two boys and how they fight the world”.

The story is light in tone, but doesn’t treat the gay characters as the butt of jokes – or shy away from portraying their relationship on-screen, with both kisses and flamboyant dance numbers.