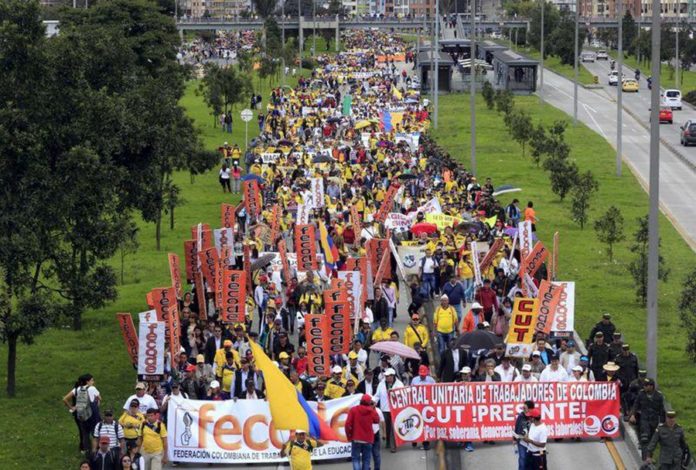 Public school teachers in Colombia launched a two-day strike on Thursday to protest violence against the profession and killings of activists and other community leaders, leaving more than 7 million children without classes.

The teachers’ protest precedes a general strike planned for Mar 25. The action is part of three-month-old protests organized by unions and student groups against the social and economic policies of President Ivan Duque.

The Colombian Federation of Education Workers (Fecode), the largest teachers’ union in the country, said 300,000 teachers were taking part in the strike.

The teachers, who were taking part in marches in Colombia’s major cities, denounced the killings and threats against human rights activists, indigenous leaders, labor figures and other social leaders.

Teachers called on the government to honor agreements to improve their medical care and increase resources for public education.

The government blames the killings on dissidents of demobilized guerrilla-group the Revolutionary Armed Forces of Colombia (FARC), the National Liberation Army (ELN) and drug-trafficking criminal groups.