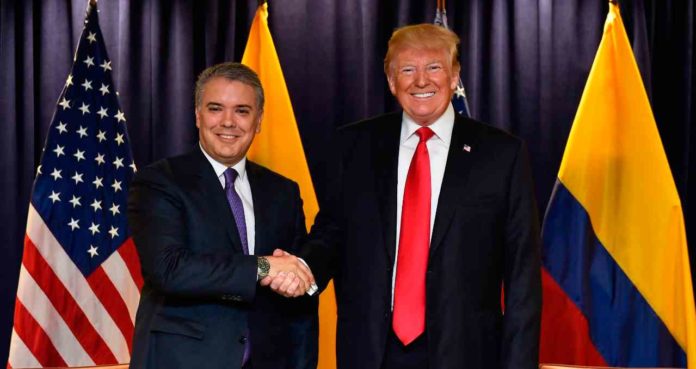 While the US Congress usually makes big changes to Trump’s budget requests, the proposal shows how determined his administration is to pumping more and more into Colombia’s security apparatus.

But rather than adopt anti-coca measures recommended by international authorities, including the United Nations, such as economic development, his proposal aims to further build the military and police machinery needed for the US’ so-called War on Drugs.

Colombia would get more anti-narcotics security aid than any other country, nearly four times the $60 million asked for Afghanistan, the second largest.

Meanwhile, the proposal cuts economic development aid from $207.3 million this year to $140 million, a reduction of 32%.

This matches the changes Trump has made in overall security strategy compared with Barack Obama.