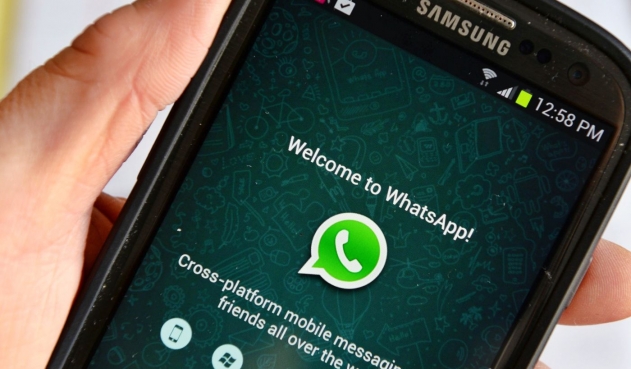 The Centro Democrático party refused to be accused of having a Whatsapp chat in which people close to Uribism generated attacks on journalists and media on social media.

They emphasized how such «bodeguita» (troll center) doesn’t exist and that, «in professional and social media performances are strictly governed by law, morality and ethics».

In addition, they noted that their party, «doesn’t have any organizing tools to generate social media strategies against media, journalists or opponents. We reiterate that the meeting mentioned in the article was not convened by the Centro Democrático and, as several people have confirmed, it was a citizen initiative of followers.«

According to that party, «the methodology they followed could be applied with identical results to any person, group or organization with numerous followers on social networks. Likewise, the owner and the guidance of the published to involve uribism in a free and reckless way are in a very bad faith.»

The Centro Democrático emphasized that it is of «extreme gravity that the serious ground of analysis and control of fake news for defamatory and propaganda purposes is paved. The Centro Democrático asks for respect for its followers and militants, whose actions in the professional and social networks are strictly governed by law, morality and ethics.» 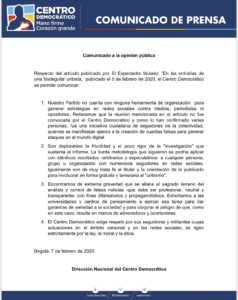