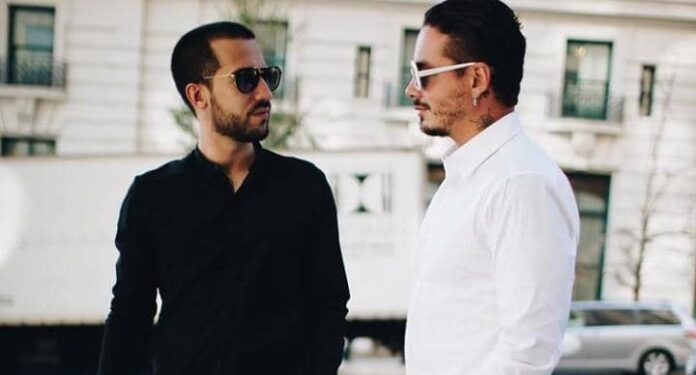 JBalvin will be one in many Christian artists who will meet Pope Francis Aug 31-Sept. 1.

ROME – After a heavy final week of August, Pope Francis will have a chance to unwind with JBalvin, Denzel Washington, Patricia Heaton Bull Nene and Andrea Bocelli.

An ecumenical summit bringing together artists from different disciplines and various Christian traditions will be held in the Vatican August 31 and September 1.

Pope Francis is scheduled to attend the summit and address the participants, who in addition to JBalvin, Washington, Heaton and Bocelli, will also include Rene Cano – JBalvin, Maluma, KarolG producer, Jessica and David Oyelowo, Jonathan Roumie – who portrays Jesus in The Chosen, Eduardo Verastegui, Marcus Mumford, and many other artists from the film, TV and music industries.

The event is being organized by Vitae, which according to its website, uses the media, arts and entertainment industries to “communicate values to the whole society and to generate an encounter that transforms people’s hearts to inspire a world that is better and better.”

“In a society loaded with bad news and negative facts in the public agenda, the international movement Vitae aims to make good fashionable; articulating actions of various working groups, people and organizations to promote a better world for all,” said Luis Quinelli, executive director of the Vitae Foundation, presenting the first Vitae Summit.

The event consists of a work meeting between artists to agree on policies and guidelines for “the development of global initiatives in favor of a world where the good for all is promoted,” he said, and it will take place in the Vatican’s Academy of Sciences.

Last November, Quinelli had a private meeting with Pope Francis in the Casa Santa Marta, the residence within the Vatican City State where the pope has lived since the beginning of his pontificate. On that occasion, Quinelli presented the pontiff with the work of the Foundation and the proposal that the Vatican be the venue for the first Vitae Summit.

“This is not a usual event to give or receive something, it will be an event in which participants with the presence and inspiration of the pope, will be able to share experiences and in a collaborative scheme, find those messages that inspire a better world, where the great problems that afflict humanity, such as hunger, war, human trafficking among other issues can be faced,” Quinelli said.

The two-day event will not be the first time Pope Francis joins celebrities for a cause, though this will arguably bring together the largest number of stars in the Vatican in recent years.

For instance, back in 2021, Francis joined Bono and Oprah in sending a message to the International Council of Nurses, that brought together – virtually – 5,500 nurses from all over the world to discuss the challenges, opportunities, and future of the nursing profession and healthcare.

The pontiff and Bono joined forces again earlier this year for an event pushing for female empowerment in an event organized by Scholas Occurentes.

A long string of Hollywood personalities have made the pilgrimage to the Vatican to meet with the pope, or at least greet him at the end of one of his public audiences, including singer Katy Perry, actor Orlando Bloom, singer Patty Smith, film director Martin Scorsese, actor Leonardo Di Caprio, actor and former California governor Arnold Schwarzenegger, actor Richard Gere, and actress Angelina Jolie.

Even though all of them have expressed their appreciation if not admiration for Pope Francis, he may not have enjoyed their works, as he famously said in an interview years ago that following a promise to the Virgin Mary, he hasn’t watched TV since 1990.