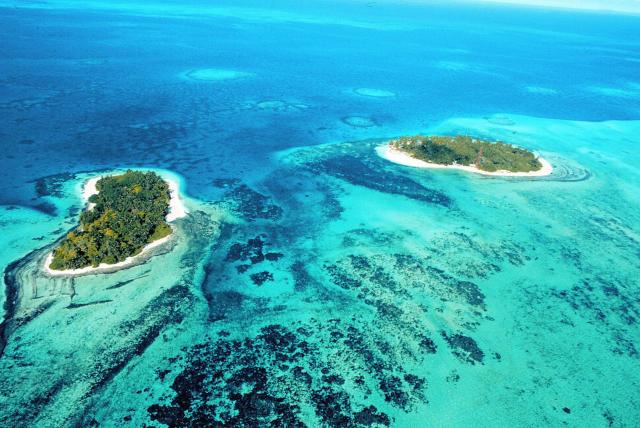 On 21 April, the International Court of Justice (ICJ) will deliver its verdict on a case between Colombia and Nicaragua over contested waters in the Caribbean. While the possibility of inter-state war between the two countries is minimal, it is nevertheless important for this conflict to be resolved and for international law to be both respected and impartial.

The case in question concerns “Alleged Violations of Sovereign Rights and Maritime Spaces in the Caribbean Sea (Nicaragua v. Colombia).” The Court has reported that a verdict will be delivered at the Peace Palace, The Hague, at 10 AM (Netherlands time) on the aforementioned date.

This is not the first case at the ICJ between the two countries. On the contrary, the current case is a follow-up to the “Territorial and Maritime Dispute (Nicaragua v. Colombia)” case which commenced in 2001. On 6 December of said year, Nicaragua filed an application instituting proceedings against Colombia with respect to a dispute concerning “a group of related legal issues” between the two States “concerning title to territory and maritime delimitation” in Caribbean waters. The San Andrés Archipelago, part of Colombia, was a focal point of contention – the Archipelago is located some 700 km from Colombia, but only around 120 km from the Nicaraguan coast.

That case took a decade to be resolved; on 19 November 2012, the ICJ delivered its verdict. We will briefly summarize key aspects of the binding verdict as they are relevant to the forthcoming events of 21 April. In 2012, the Court:

To summarize, while Colombia retained control over the islands and cays, it lost control of some maritime territory, which the ICJ ruled would go to Nicaragua. Ultimately, the 2012 ruling did not resolve the border dispute as one year later, in November 2013, Nicaragua instituted proceedings against Colombia, once again, at the International Court of Justice. This time the new case dealt with a “dispute [which] concerns the violations of Nicaragua’s sovereign rights and maritime zones” which were delineated in the 2012 case. Nicaragua also accused Colombia of threatening to use force against Nicaraguan vessels. Soon, we will know the ICJ’s verdict.

It is worth noting that apart from the aforementioned case, which will be resolved on 21 April, there is another pending case between the two countries. In September 2013, Nicaragua instituted another set of proceedings against Colombia. This new case deals with a “dispute [which] concerns the delimitation of the boundaries between, on the one hand, the continental shelf of Nicaragua beyond the 200-nautical-mile limit from the baselines from which the breadth of the territorial sea of Nicaragua is measured, and on the other hand, the continental shelf of Colombia,” explains the Court.

This second case is still open; however, it is interesting that there have not been new developments for years. The last public update was a December 2017 press release which explained that the ICJ “authorized the submission of a Reply by the Republic of Nicaragua and a Rejoinder by the Republic of Colombia.” The future of this case will probably depend on the outcome of the 21 April verdict, which will likely affect the strategy of both parties.

While the dispute has not turned violent, there have nevertheless been some concerning developments in recent years. In January 2021, the Nicaraguan National Assembly created a biosphere reserve in  Caribbean waters (“Ley que declara y define Reserva de biosfera del Caribe Nicaraguense”), which covers 44,157 thousand square kilometers. Bogota rebuked this project, as it includes contested waters.

Prominent Colombians have pronounced themselves on this dispute, arguing that it is important for the government to protect the country’s maritime territory. Fishing rights are a critical issue, apart from an obvious concern about losing (more) territory. In March 2021, the Colombian navy and air force deployed frigates ARC Almirante Padilla and ARC Antioquía, helicopters, and IAI Kfir warplanes to the Caribbean to exercise Sovereignty 2021. While neither the Colombian government nor the armed forces mentioned in their press release the border dispute with Nicaragua, we can assume that this was a show of force by Bogota to demonstrate its capabilities.

The Nicaraguan government has a very limited online presence as the presidency’s and ministry of foreign affairs’ websites are currently not functional. Twitter accounts of state agencies or government officials are seldom updated, which limits a proper understanding of what Managua expects from the upcoming verdict. The main Nicaraguan newspaper, La Prensa, is an opposition outlet that routinely criticizes the Daniel Ortega regime; coverage of the case by the newspaper has been minimal.  The pro-government newspaper El 19 has not given the case major coverage either.

Finally, it is worth noting that while the cases at the ICJ are relatively new, the dispute goes back centuries. While a historical overview of the dispute is not the objective of this analysis, it is nevertheless important to keep in mind. On 20 February 2021, (ret.) Army Brigadier General Julio Londoño Paredes, a former minister of foreign affairs of Colombia, gave a presentation in a webinar organized by the Colombian organization Fundación Excelencia, Liderazgo y Transformación, and the Universidad del Rosario, about the cases at the ICJ, the history of this dispute, and the legal arguments of both parties.

International law has become a focal point in recent months due to the Russian invasion of Ukraine. The ICJ has opened a case about  the war, named “Allegations of Genocide under the Convention on the Prevention and Punishment of the Crime of Genocide (Ukraine v. Russian Federation).”

While international legal regimes exist to peacefully solve disputes, they are also criticized due to a lack of enforcement mechanisms (the United Nations is a problematic enforcer); a lack of respect for international law by global powers; and the belief that courts like the International Criminal Court (ICC) focus on investigating and prosecuting crimes committed across the developing nations of the Global South while turning a blind eye to crimes committed, for example, by global powers or Western European states.

The ICJ itself is not above criticism. For example a 2005 essay in The Journal Of Legal Studies,  titled “Is the International Court of Justice Biased?” analyzed four typical accusations against the ICJ:

Case in point, in the current case between Ukraine and Russia at the ICJ, the Court ruled that “the Russian Federation shall immediately suspend the military operations that it commenced on 24 February 2022 in the territory of Ukraine.” Notably, out of 15 judges, 13 voted in favor and two against. The two votes against came from Vice-President Kirill Gevorgian, from the Russian Federation; and Judge Xue Hanquin, from the People’s Republic of China.

While the objective of this analysis is not to discuss the validity, or lack thereof, of the aforementioned complaints about the ICJ, it is nevertheless remarkable that despite them, Latin American governments turn to this institution to resolve border disputes. Once again, this is a positive sign of regional governments preferring legal battles to military conflicts. As for the case of Colombia v. Nicaragua, hopefully, the Court’s verdict will put an end to the dispute, the other parallel case notwithstanding.