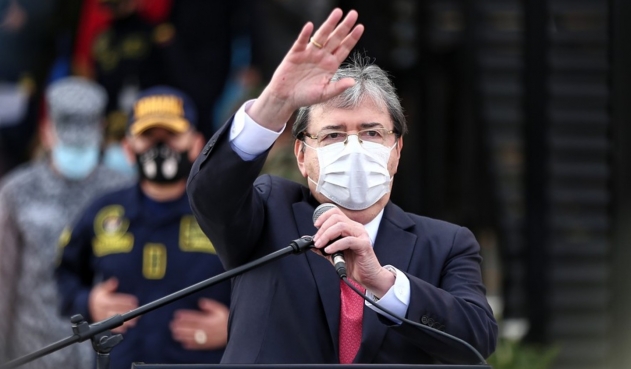 Trujillo was reported infected with coronavirus earlier this month and was transferred to an intensive care unit. He died in the military hospital in Bogota aged 69.

“The death of Carlos Holmes fills me with pain,” a visibly moved President Ivan Duque said. “Colombia has lost one of its best men.”

Before serving as defense minister, from where he coordinated military and police operations in the fight against drug trafficking, illegal armed groups, illicit mining and other criminal acts, Trujillo served as foreign minister in Duque’s government.

A lawyer, politician and diplomat whose career spanned more than 30 years, he was mayor of the city of Cali, a member of the National Assembly which reformed Colombia’s constitution in 1991. He also served as Interior Minister and Education Minister among other roles.

President Ivan Duque has not tested positive. Duque has regular coronavirus tests because of his high level of exposure and busy schedule.

Colombia has reported more than 2 million coronavirus infections, as well as close to 52,000 deaths due to COVID-19, the disease it causes. (Reporting by Oliver Griffin and Luis Jaime Acosta; Editing by Andrew Heavens and Angus MacSwan)