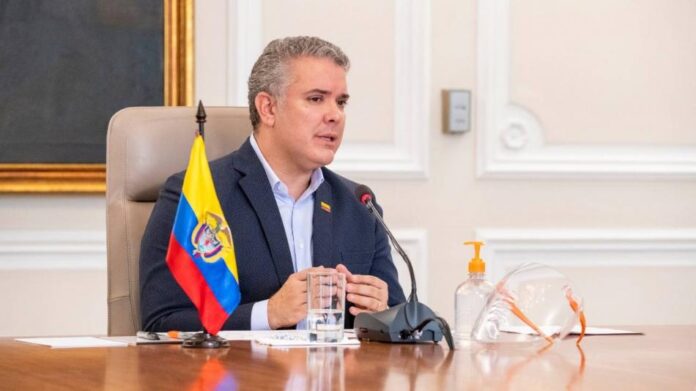 The president issues a decree giving citizens free access to vaccines that would dramatically reduce the effects of the coronavirus pandemic, which has killed more than 38,000 people in Colombia since it was first registered early this year.

The Senate and the House of Representatives voted in favor of universal access to vaccination on Friday already, but Duque used the extraordinary powers that came with a health emergency the president declared in March instead.

Those who want to be vaccinated ahead of a national vaccination program can deduct half of a shot from their taxes, according to the decree.

The most controversial article of the decree all but exonerated pharmaceutical companies of any responsibility in the event the vaccines that have been developed in record-time cause negative side effects.

Only in cases of “willful or grossly negligent acts or omissions, or failure to comply with good manufacturing practices,” can a pharmaceutical company be held responsible.

According to Health Minister Fernando Ruiz, this legal guarantee was practically a demand as pharmaceutical companies generally take decades to develop vaccines against viruses like the one causing the pandemic.

This leniency applies for vaccines to combat the coronavirus and “in the event of other pandemics, while under an emergency or special transitory approval regime.”

Colombia’s finance minister allocated funds to buy 10 million vaccines from US pharmaceutical company Pfizer last week, which would give one fifth of the country access to a vaccine shot.

Another $120 million will be invested in the so-called Covax-Gavi Vaccine Alliance, which is developing a vaccine in cooperation with the United Nations’ World Health Organization.

Of Colombia’s approximately 50 million inhabitants, almost 1.4 million have tested positive to COVID-19 since the first case of the disease that originates from Chins was confirmed on March 4.

Globally, the coronavirus has killed more almost 1.6 million people in what has become the deadliest pandemic since the 1918 Spanish Flu.