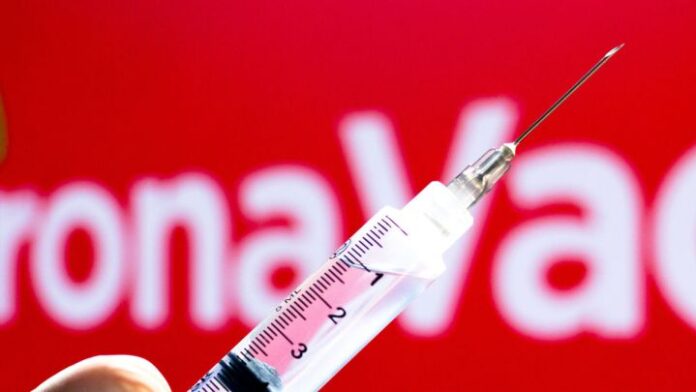 he news that pharma giant Pfizer and BioNTech have developed a coronavirus vaccine that’s more than 90% effective has governments around the world scrambling to secure hundreds of millions of doses – and Colombia no exception.

The much-anticipated vaccine that could begin reaching healthcare workers and high-risk patients by the end of the year could, however, face delays reaching South America given that the experimental drug must be stored at minus 70 degrees celsius inside special warehouse freezers. The logistical challenge to ending a year-long pandemic that has thrust countries into recession and led to widespread unemployment comes as cases around the world reach 52 million, of which 10.3 million are in the United States.

With Colombia ranked nineth of the 10 nations with the highest number of infections, surpassed by the United Kingdom with 1.2 million, and followed by Italy with just over 1 million – on Wednesday – Colombia registered 8,651 additional cases of COVID-19 raising its total to 1,165.326. And while the country has registered a daily average of 8,000 infections during the last week – below highs of 11,000 during this second wave – Bogotá on Wednesday surpassed the department of Antioquia with 2,130 new cases compared to 1,652.

After lows of 5,000 per-day cases at the end of September, the second wave in Colombia remains below the highest per-day record of 13,056 cases registered on August 19, and considered the “peak” of the initial wave of the pandemic. The National Health Institute reported 48,000 tests on Wednesday, broken down between PCR and antigen. Total active cases stand at 59,015 or 1,070.423 patients recovered.

Having leveled-off at a “plateau,” in the words of the Ministry of Health, the head of the portfolio Fernando Ruíz confirmed that Colombia has a well-defined strategy to access the coronavirus vaccine as a member nation of the multilateral WHO effort Covax. Covax counts with US$18 billion to fund vaccine access in the developing world. “We also have bilateral purchases to buy vaccines directly from pharmaceutical companies and aim to have deliveries during the first semester of 2021,” states Minister Ruíz. “We could meet our goal of vaccinating 15 million Colombians: 10 million through Covax and 5 million from other suppliers.”

Colombia has signed confidentiality agreements with the six leading vaccine production companies Pfizer-BioNTech, Oxford-AstraZeneca, Janssen, Sinopharm, CanSino and the Serum Institute of India. Minister Ruíz also reiterated that the application of the vaccine “will be free for all Colombians as part of the implementation phase of the national Covid-19 vaccination program.”