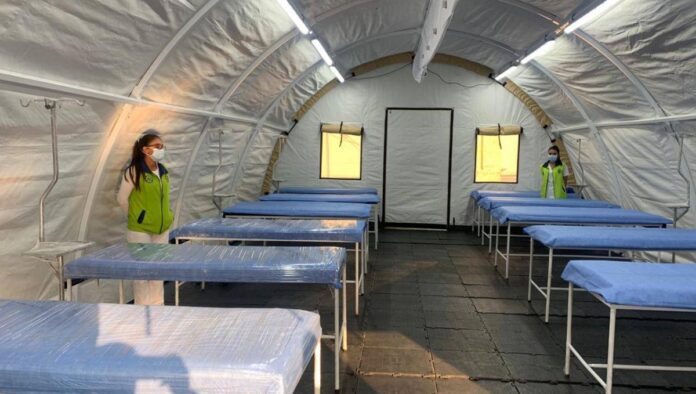 Authorities in Argentina are using assets seized from drug traffickers to help fight the coronavirus pandemic, a tactic which can be replicated in other cash-strapped countries.

On April 4, Argentina Federal Judge Santiago Inchausti ordered the transfer of 26 luxury vehicles seized from drug traffickers to the mayor’s office in General Pueyrredón, near Buenos Aires. Eight more vehicles were transferred to federal police operating in the town.

The vehicles will be used to transport patients and perform security functions during the country’s ongoing quarantine, the Attorney General’s Office said in a news release.

Two days earlier, the AABE handed over two hotels in the province of Salta to authorities. The hotels — seized as part of a drug trafficking investigation — will be used to quarantine people suspected of being infected with Covid-19.

Argentina’s decision to use assets seized from drug trafficking organizations in the fight against coronavirus is a positive example of how resources from illegal activities can be used to benefit society.

Critics of Argentina’s asset asset forfeiture laws, meanwhile, warn that they are overly broad and open to potential corruption, as poor oversight could lead to them being used for political purposes.

The asset forfeiture program allows authorities, through a newly created Special Prosecutor’s Office, to investigate the origins of assets owned by suspected criminals in a civil process that runs parallel to a criminal investigation. If the owner of the assets cannot justify how they were paid for, they can be seized even before a criminal conviction is secured.

Under the decree, drug trafficking, corruption, organized crime, terrorism and people trafficking are all crimes in which the accused are liable to asset seizure.

The program was first implemented in July 2019, when Argentina’s Attorney General’s Office requested the forfeiture of nearly $19 million in assets from members of the Loza clan, one of the largest and most sophisticated crime organizations in the country. The assets included 30 properties across Argentina and 12 vehicles.

While it often takes years for seized properties and vehicles to be auctioned off by the state, Argentina has found a way to put them to use against coronavirus in the interim.