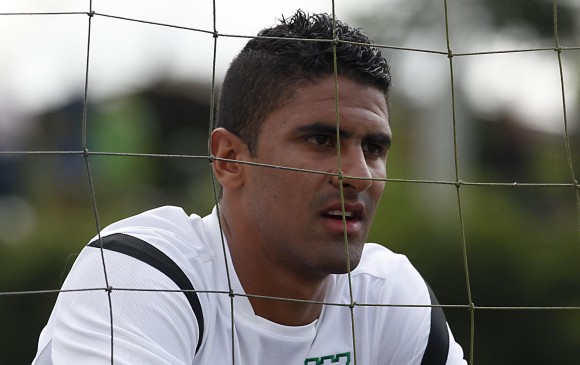 Famous people attract the attention of all sorts of undesirables and footballers are no exception. The soccer player Santiago Tréllez, son of the glory of the sport Jhon Jairo Tréllez, lately has shine for an inexhaustible capacity for mixing with the wrong crowd rather than his game inside the fields.
Currently his situation in the International Club is unsustainable, since he arrived he has not scored a single goal and has had no continuity, even the fans of that team created an internet portal http://www.obrigadotrellez.com.br/    They are counting the hours for his departure from the club.

Santiago Tréllez has been known to have had links with renowned drug lords of Colombia’s dark criminal structure known as ‘La Oficina de Envigado’.
Tréllez’s relations would even include his participation in the shipment of drugs to the United States.

There are also videos and photos of Junior Tréllez along with drug lords at bizarre parties with women, liquor, weapons and drugs. Our sources say that substance use is quite high and that the footballer is one of the liveliest.