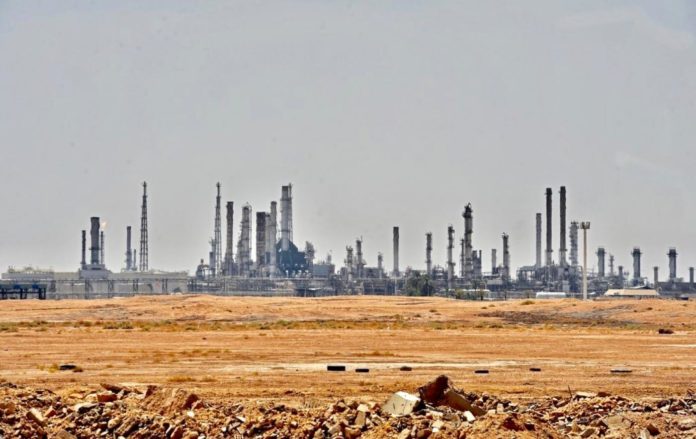 Saudi Arabia plans to increase its crude oil output next month to more than 10 million barrels a day and slash prices in response to the collapse of its Opec+ alliance with Russia.

On Friday, Russia balked at Opec’s proposed steep production cuts to stabilise prices hit by the economic fallout from the coronavirus, and OPEC responded by removing limits on its own production.

«Prices plunged because the Opec confab ended up being an epic fail on the part of all involved. Russia has clearly decided to employ a scorched earth approach to the oil market: every country for itself,» John Kilduff, partner at Again Capital in New York said.

The world’s biggest oil exporter then began a price war on Saturday by slashing the prices it sells crude into foreign markets by the most in at least 20 years, offering unprecedented discounts in Europe, the Far East and the US to entice refiners to purchase Saudi crude at the expense of other suppliers.

At the same time, Saudi Arabia has privately told some market participants it could raise production much higher if needed, even going to a record of 12 million barrels a day, according to people familiar with the conversations who asked not to be identified to protect commercial relations.

With demand being ravaged by the coronavirus outbreak, opening the taps may throw the market into chaos. Saudi Arabia had cut its official selling price (OSP) for April for all crude grades to all destinations by anywhere from $6 to $8 a barrel, sending oil into a tailspin.

Other OPEC producers, including Iraq, Kuwait and the United Arab Emirates, will likely follow Saudi Arabia’s move with steep cuts to their own oil prices for April, Reuters reported on Sunday.

“That’s the oil market equivalent of a declaration of war,” said a commodities hedge fund manager, asking not to be identified because of the sensitivity of the situation.

Still, the break in a three-year alliance between the Saudi-led oil cartel and Russia to support prices may be temporary. The moves over the weekend may well have been part of a negotiating chess game, and the Saudis and Russians may still reach a compromise. But if the collapse is lasting, oil executives say there is nothing to stop prices from tumbling to the lowest levels in at least five years.

“If a true price war ensues, there will be plenty of pain in the oil markets,” Badr Jafar, president of Crescent Petroleum, a United Arab Emirates oil company, told the Times. “Many will be bracing for the economic and geopolitical shocks of a low-price environment.”

The production increase and deep discounts mark a dramatic escalation by the Saudis after Russia rejected an ultimatum on Friday in Vienna at the Opec+ meeting to join in a collective production cut. After the talks collapsed, Russia indicated countries were free to pump-at-will from the end of March.

With jet fuel, gasoline and diesel consumption rapidly decreasing amid the economic impact of the coronavirus outbreak, the energy market now faces a simultaneous supply-and-demand shock.

After the failure in Vienna, Riyadh responded within hours by cutting its OSP, offering record discounts for some of the crude it sells worldwide, according to a copy of the prices seen. Aramco has set the prices, but the official communication to clients is likely to come on Monday, a person familiar with the matter said.

Oil traders are looking to historical charts for an indication of how low prices could go. One potential target is $27.10 a barrel, reached in 2016 during the last price war. Some believe the market could go even lower.

“We’re likely to see the lowest oil prices of the last 20 years in the next quarter,” Roger Diwan, an oil analyst at consultant IHS Markit and a veteran OPEC watcher said, implying that the price could fall below $20 a barrel.