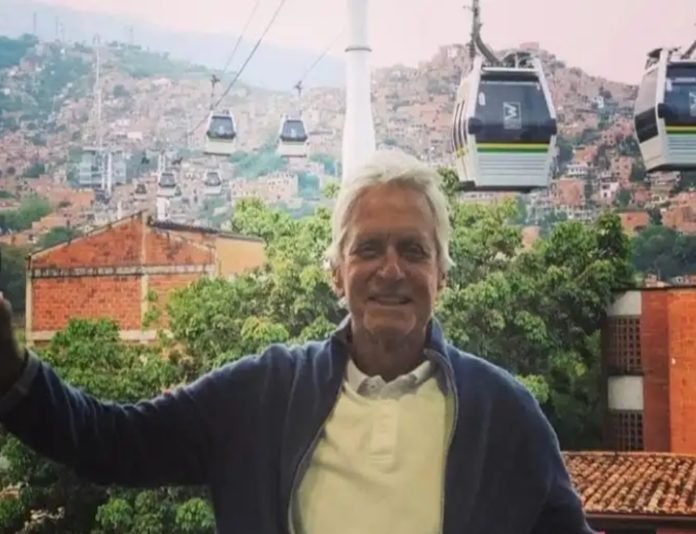 Michael Douglas, the actor of Fatal Attraction, Traffic,  Behind  the  Candelabra and recently in a superhero when he played Dr. Hank  Pym  in  Antman and in  Avengers:  Endgame, shared on his official Instagram account, this Sunday and Monday, a video and a photo of his stay in Medellin.

The actor, 75, was walking on one of the metrocable stations and put his followers to find out where he was: «Who guesses where I am? We were in Miami yesterday, today I’m somewhere else getting warmer and warmer What do you think?» he says in the video.

In this photo he is  posing, again in Medellin and with the  metrocable  behind him. This photo exceeds 34K likes and in it confirms, with a «Good morning», that he is in Colombia, by sharing the  flag emoji.

The Douglas family made headlines a few weeks ago after Kirk’s death, the great legend and patriarch of the family and who died at the age of 103.