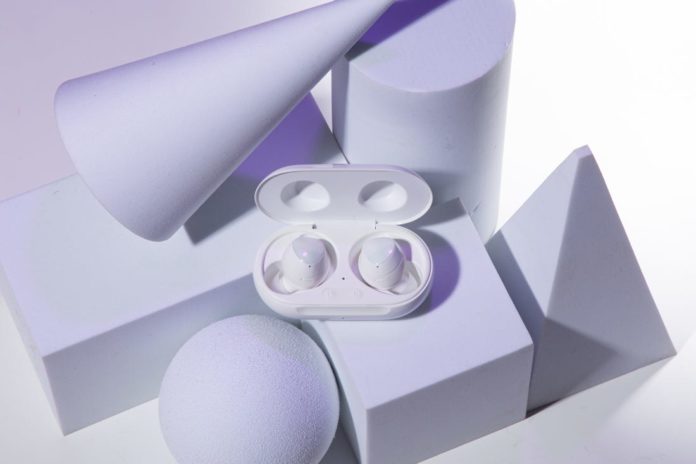 When Samsung first released its Galaxy Buds in 2019, I wrote that the company had come very, very close to nailing everything that makes Apple’s AirPods great.

So when the company showed off its new Galaxy Buds+ which, in addition to upgraded specs, are officially iPhone-compatible, the natural comparison was to the AirPods Pro. And, at $149, the Galaxy Buds+ are certainly priced to undercut Apple.

But after using the Galaxy Buds+ for more than a week, I’m left with an impression similar to last year’s first-generation Galaxy Buds: There’s a lot to like, especially if you use a Samsung phone. But these are no AirPods Pro replacement and iPhone owners might be disappointed if they’re expecting the same level of quality as Apple’s high-end AirPods.

The Galaxy Buds+ look almost identical to last year’s Galaxy Buds and come in the same pill-shaped charging case. It’s a little bigger than the AirPods Pro charging case, but not by much —it still slips easily into just about any pocket.

The buds themselves are also unchanged from last year’s design. They come with the same swappable tips and each bud has a small touchpad that lets you control music playback and sound settings.

As I wrote in my review last year, I have tiny ears, so thicker buds, like the Galaxy Buds, are almost always uncomfortable after extended use. That’s still true with the Galaxy Buds+. But, again, I expect this won’t be an issue for most people.

I also still don’t love the design of the touchpad, which I almost always unintentionally press when taking the Galaxy Buds+ in and out of my ears. After a solid of week of use, I managed to figure out a technique where I gingerly pluck each bud out of my ears without accidentally pressing the touchpad. But putting them in without pressing it is still a challenge.

While they may look the same as last year’s buds, the biggest are upgrades with the Galaxy Buds+ are the things you can’t see. Battery life, for example, now tops out at 22 hours — 11 hours for the buds and the charging case, respectively — which is a major improvement from last year’s version which maxed out at 13 hours of total playback time.

Samsung also did away with one of my biggest complaints with last year’s buds: You no longer need two separate apps and a Samsung account in order to get that “seamless” AirPods-like pairing experience (assuming you have a compatible Samsung phone). Instead, you now need just a single Android app, Galaxy Wearable. But if you use a non-Samsung Android phone, you might also need the Galaxy Buds+ “plugin,” which requires a separate download. It’s not exactly seamless, but at least it doesn’t require you to use Samsung’s Smart Things app which, honestly, no one should ever have to use.

The company also made some upgrades to the sound quality, adding additional microphones and improved drivers. It’s a noticeable difference, but not hugely so. Music still sounds pretty good — just not great, which is to be expected with wireless earbuds. They don’t sound as good as my AirPods Pro, but maybe a bit better than my first-gen AirPods. And while they don’t have the same noise canceling abilities as AirPods Pro, the sound isolation is definitely better than most.

The difference was even more noticeable in ambient mode. While I found ambient mode in last year’s Galaxy Buds to be pretty weak, ambient mode with the Galaxy Buds+ actually makes a big difference. With ambient mode on the lowest setting I was more than able to hear noise from my surroundings in addition to my music.

The most intriguing change Samsung made is the addition of an iOS app which makes the Galaxy Buds+ officially iPhone-compatible… sort of. (The original Galaxy Buds can technically pair to iPhones, but without the accompanying app, your functionality is extremely limited.)

I did however have a couple of issues while using the Galaxy Buds+ with my iPhone that make me hesitant to recommend them to iPhone users. While pairing to iOS is meant to be relatively painless thanks to the dedicated app, I found it to be a  slightly more complicated process than Samsung let on.

For one, you need to pair them in your main Bluetooth settings before you attempt to pair them in the app. If you pair using the app and then in your Bluetooth settings, the buds will connect, but might not actually play any sound. I also found, bizarrely, that my buds often paired as two separate devices and that I needed to connect to both devices in order for them to work.

Additionally, I encountered another issue that made it very difficult to take phone calls with the Galaxy Buds+. For some reason, every time I answered a call, the audio would switch back to my iPhone speaker and I had to manually change the source in order to hear the call through the buds. The phone wasn’t losing the Bluetooth connection, it just wouldn’t use it as the default for incoming phone calls.

A Samsung representative told me these issues were likely unique to my specific pair of Galaxy Buds+, but I was unfortunately unable to confirm that. In any case, I was able to troubleshoot most of these issues (with some patience) and, ultimately, the Galaxy Buds+ worked as expected more often than not.

But the issues were still frustrating and served as yet another reminder of why no company — Samsung included — has been able to match Apple’s effortless pairing between AirPods and iPhones.

Importantly, I didn’t experience these issues when using the Galaxy Buds+ with my Google Pixel 3A or with Samsung’s Galaxy Note 9. And, given the improvements to sound quality and battery life, I think the Galaxy Buds+ are a solid choice if you use an Android phone and want an untethered experience. But, no matter, I’m still not ditching my AirPods.