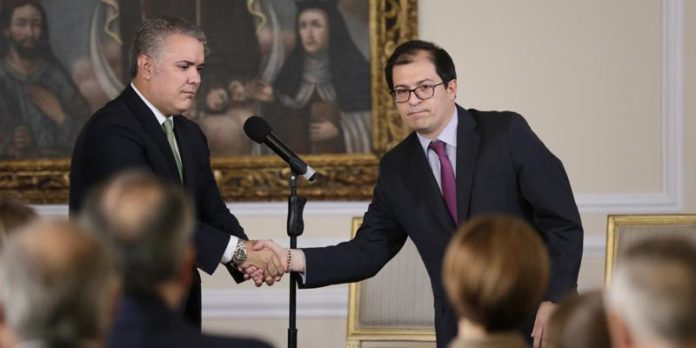 To the President of the Republic, Ivan Duque, Barbosa swore as the new General Attorney of the Nation. Ceremony in which the Court, ministers and former President César Gaviria were present.

In his first statements, Barbosa noted that it is a challenge he assumes when taking office. “My code of behavior will be to apply the law and the Constitution,” he said, noting that the arrival of a new generation in the Public Prosecutor’s Office guarantees modernization.

He announced that the Prosecutor’s Office will reach more territories, with the presence of more prosecutors who will be in the territories and not in the “bunker”.

He also said that another priority will be to fight corruption, confront and prosecute those who abuse children and will do so without hesitation.