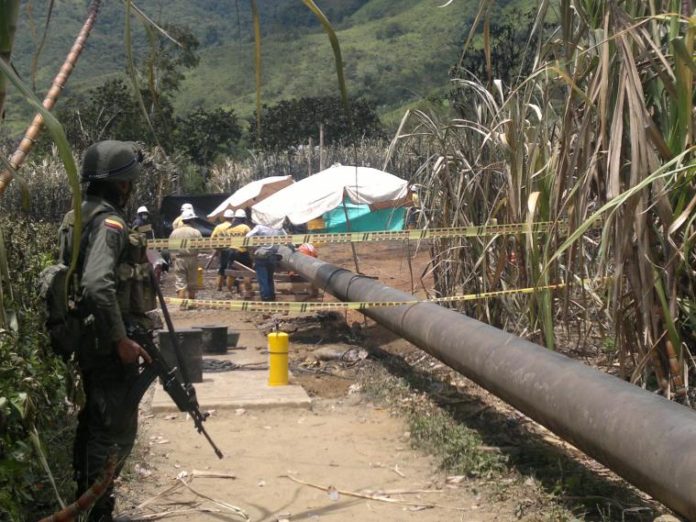 Colombia’s state-run oil company Ecopetrol has halted pumping on its Caño Limon pipeline after a bomb attack in the country’s northeast caused a fire and spillage of crude into waterways.

“The attack produced a rupture in the pipeline, a fire and the falling of crude into the La Petra ravine and the Sararito and Margua rivers,” Cenit said.

The 480-mile (770-km) Caño Limon is a top target for bombings; it has suffered eight attacks so far this year and weathered 42 in 2019, according to Ecopetrol.

The attack has not affected exports or work in the Cano Limon oilfield, which is operated by Occidental Petroleum, because crude can also be transported on the mostly underground Bicentenario pipeline.

Although Cenit did not name the group responsible for the bombing, an army source in the region said leftist National Liberation Army (ELN) rebels, considered a terrorist organization by the United States and the European Union, were responsible.