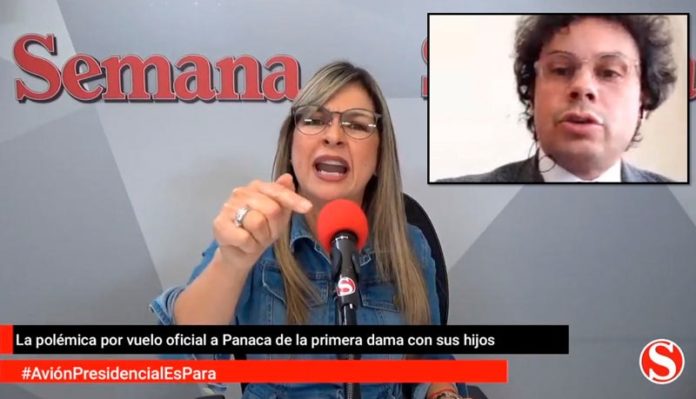 On Tuesday, a strong discussion took place in the middle of the show with journalist Vicky Dávila while interviewing Hassan Nassar, presidential communications counselor.

The show held a debate following the known accusation of use the presidential plane to move people to an unofficial matter.

The journalist justified her husband’s presence on a trip in the midst of journalistic coverage, to which Nassar questioned whether his husband was also reporting and assured that there is «double morality».

This caused the mood to warm up and start a series of accusations by the journalist in which she used strong language as «inept», «kick» and «failed journalist».