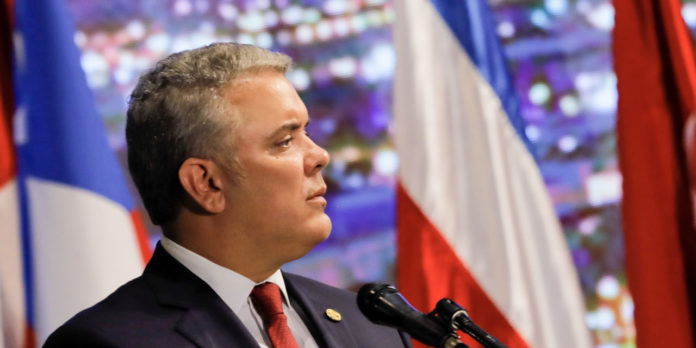 Colombia’s Constitutional Court has been asked to sink President Ivan Duque‘s plans to send the military to war-torn areas eyed by multinationals.

With the support of the Ombudsman’s Office, human rights groups challenged the so-called Strategic Areas for Integrated Intervention (ZEII’s), or “Zones of the Future” as the government prefers to call them.

The NGOs challenged the ZEII’s, because they would allow the government to ignore indigenous and Afro-Colombian authorities, and environmental regulations in nature reserves.

In response, Duque issued another decree that would put his personal emissaries in charge of the  accelerated implementation of the controversial Zones of the Future, newspaper El Espectador reported Wednesday.

How the government sells it 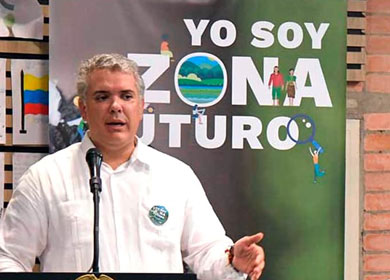 According to the President’s Office, “the 44 municipalities that are part of these areas will not have to compete with other territorial entities to access the resources of national entities; it will only be necessary to comply with the technical requirements of each project to access these resources.”

The NGOs were alarmed when Duque in December decreed to “concentrate efforts in 2.4% of the territory where the main social and security challenges are in Colombia, which also corresponds to 38% of the extension of the National Natural Parks.”

While the court is studying whether what the president is doing is legal, Duque announced on Tuesday that he had issued another decree to accelerate the process and make his personal advisers responsible for the implementation of the ZEII’s.

The advisers are responsible for implementing this strategy, through the Territorial Committees in each of the Zones of the Future. These committees are the permanent bodies that allows unified, coordinated and interagency action for the implementation of integral action policies. 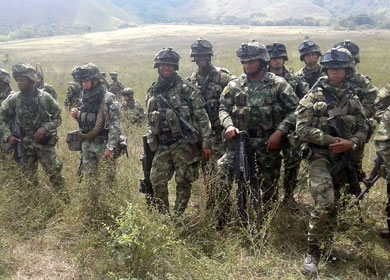 Soldiers before opening fire on unarmed indigenous protesters in Cauca in 2017.

According to the human rights organizations, Duque doesn’t just want extra powers to fight illegal armed groups or crime, but use the same powers to allow the national government to impose economic development projects in violation of protection measures for nature reserves and in violation of ethnic minorities’ right to self-determination.

Additionally, some of Duque’s Zones of the Future cover priority areas defined in a 2016 peace deal where locals, not Bogota, would have an increased say over what kind of social and economic development they need to develop their traditionally neglected areas.

The possibility of creating ZEII’s in any part of the national territory without restrictions or limitations on the National Security Council converts ZEII’s in areas in which states of emergency may be applied citing internal unrest, exceeding the powers and requirements for their duration as established in the Constitution.

According to the NGOs, the government apparently seeks to bulldozer over communities’ rights and environmental regulations and, with military might, embark on development projects imposed by Bogota and foreign corporations.

Or as Duque puts it, his Zones of the Future “shall involve public institutions, the private sector and international cooperation” for “a duration to be determined.”

The NGOs asked the court to curtail Duque and force him to only be allowed to create Zones of the Future outside indigenous territories and nature reserves, and respect the war-torn regions’ development plans as promised in the peace deal.