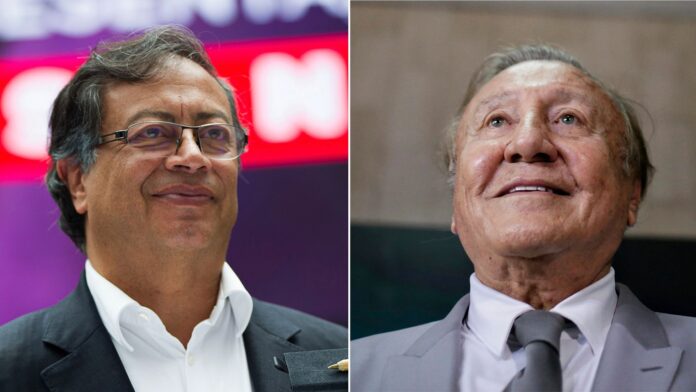 Colombia’s surprising runner-up in last Sunday’s elections Rodolfo Hernández is poised to become the country’s next president, according to a survey conducted by the Centro Nacional de Consultoría.

The study showed Hernández would edge former leftwing M-19 guerrilla leader and current Senator Gustavo Petro by 2 percentage points, although 14% of those interviewed still do not know for whom they will vote in the second round on June 19.

The candidate of the League of Anticorruption Rulers has 41% of the voting intention, against Petro’s 39%.

The survey was conducted between Monday 30 and Tuesday 31 and 1,200 people were interviewed. A previous report showed Hernandez and Petro had 40.5% each.

With a margin of error of 2.8%, the polling center speaks of a technical tie.

Petro obtained 40.3% of the votes Sunday, while Hernández came in second with 28.1%. In third place was the government-backed right-wing candidate Federico Gutiérrez, with 23.9%, who has already announced his support for Hernández.

In fourth place was Sergio Fajardo, with 4.2%, who affirmed that the coalition he is part of will give freedom of action to its leaders.