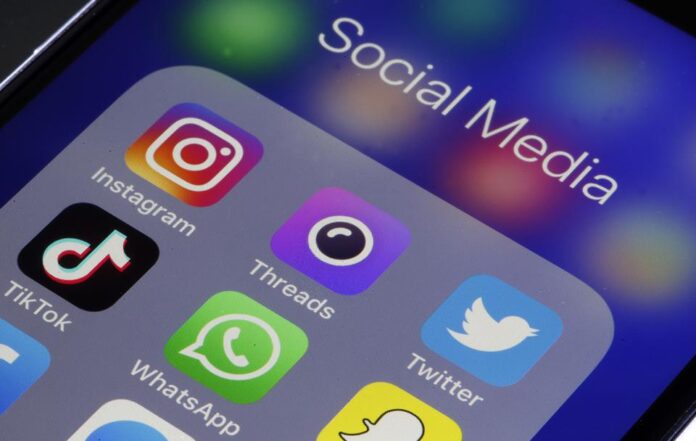 ate last year, Colombia’s federal police arrested Diego Optra, a crime boss who heads a ruthless gang called La Local in the port city of Buenaventura. In addition to overseeing drug trafficking and extortion rings, La Local was reportedly behind over 90 percent of the city’s homicides. Optra had successfully evaded the police for months, but he left digital breadcrumbs in the form of his meticulously curated Instagram profile. There, his many fans were regaled regularly with photos of Optra donning diamond-encrusted bracelets, designer clothes, and an arsenal of firearms. According to police officials, his lively social media profile was key to his arrest and conviction.

Optra is not the first crime boss to display his gangster lifestyle on Facebook, Twitter, YouTube, or Instagram. Nor is he the first to get caught after doing so. Drug traffickers and gangs are lively social media users across the Americas. Cartel bosses and their underlings use mainstream social media and popular messaging apps such as Telegram to shore up power and influence, threaten the competition, recruit new members, conduct sex trafficking, and sell drugs and contraband. Mexico used to be ground zero for this kind of activity, where researchers created a new discipline out of studying these narco posts. Now, gangs in Brazil, Colombia, El Salvador, and the United States are also involved.

Brazil is one of the world’s largest consumers and producers of social media content, so it’s not surprising that its gangs, militias, and mafia groups regularly post online. Although the upper echelons of drug trafficking factions avoid having too much of a digital footprint, local cells are very active. Comando Vermelho, one of Brazil’s largest arms and drug trafficking organization, uses Twitter as way to poach recruits from a rival group in Rio de Janeiro, the Terceiro Comando Puro. Their tactics are not so subtle: Comando Vermelho’s messages urge Terceiro Comando Puro members to switch sides or face a violent end. These same groups also turn to Facebook to publicize their exploits, a useful way to cement loyalties while intimidating enemies, including the police.
Instagram is currently the leading platform for selling drugs directly to consumers, while Facebook comes a close second.

Social media is the site of serious competition involving violence. Comando Vermelho and São Paulo-based Primeiro Comando da Capital, another large trafficking organization—frequently exchange extremely gruesome messages. These serve a performative purpose: Taped executions of rival gang members, including inside prisons, often circulate on YouTube, WhatsApp, and Telegram. The goal is not just to frighten opponents but also to send a message to local communities demonstrating who is boss. Facebook and Instagram are also convenient tools for gangs to select their targets. The published photos and posts of suspected gangsters and informants are closely monitored, often used by factions and police as justification for their capture and extralegal execution.

In neighborhoods where drug factions are the judges, jurors, and executioners, Facebook has been used to publicize convictions and sentences during mock tribunais do crime, or criminal courts. Primeiro Comando da Capital, Comando Vermelho, and Guardiões do Estado, a criminal group from the state of Ceará, have issued brutal – and occasionally lethal  – sentences against young women accused of treachery and snitching. In some cases, these show trials are filmed, and the videos are circulated on WhatsApp to warn other locals against crossing the gangs. In an attempt to gain sympathy, Primeiro Comando da Capital also circulates photos and videos on Facebook and YouTube dennouncing the mistreatment of prison inmates. These videos are often distributed by the faction’s legal arm, the Sintonia dos Gravatas.

While increasingly mindful of being monitored, members of drug cartels and street gangs are also avid users of social platforms such as Snapchat and TikTok. These tools have been especially effective at circulating narco culture at scale. In Mexico, cartel-generated musical content is technically illegal, including the country’s infamous gangster ballads, known as narcocorridos. TikTok videos, for example, feature the guns, gangs, and gore tropes of some cartels and have racked up millions of views, including among younger audiences in the United States. This so-called Cartel Tik Tok has the intention and effect of normalizing cartel lifestyle and potentially attracting younger recruits to join criminal factions from Sinaloa in Mexico to Medellín in Colombia.

Social media use by criminal organizations is hardly limited to Latin America. There are many examples of members of the Italian mafia, especially the Camora, using Tik Tok, though the posts have been quickly removed from the site. After many of the mafia’s old guard were arrested during the 2000s, the younger leaders who then assumed command are, unsurprisingly, avid consumers of social media. Videos have emerged showing camorristi bragging about their weapons, tattoos, cars, motorbikes, and other paraphernalia to tunes in the local dialect. As in the Americas, the Italian mafia also uses social media to recruit new members from Italy’s disaffected youth, especially in Sicily and the southern regions of Calabria and Puglia.
Social platforms such as Snapchat and TikTok have been especially effective at circulating narco culture at scale.

Law enforcement agencies have been  warning for years that the so-called darknet—the unmonitored reaches of the internet—is one of the largest sources of direct sales of illegal drugs and other illicit goods and services. Transnational law enforcement operations involving simultaneous takedowns of darknet vendors are routine. Yet hiding in plain sight is the sale of illicit goods on public social media. Instagram is currently the leading platform for selling drugs directly to consumers, while Facebook comes a close second. These platforms serve as a kind of halfway point between the street market and the darknet. Buyers and sellers use traditional social media platforms and virtual private networks to plug contacts into encrypted services such as Telegram, Signal, WhatsApp, and Wickr.

All social media companies are aware of the risk of organized crime colonizing their sites. They are equally clear that glorifying violence and engaging in criminal activities violates their terms of use. Content moderators have been kept busy, with videos and posts rapidly removed after they are identified. Yet there are concerns that the tech giants are not doing enough and that a more proactive approach is needed. Precisely how to do this—while also avoiding violations of the right to privacy and free speech—is complex. Some governments are stepping in.

The Brazilian Congress, for example, is reviewing a bill to punish anyone who posts or shares any content that in any way endorses criminal activity on social media. In Colombia, the national policing authorities have invested in digital surveillance technologies to track criminal behavior and trends in social media. Not surprisingly, digital rights groups are raising alarm bells. Ultimately, a coordinated and comprehensive approach is essential. Intelligence agencies and criminal investigators will need to track activities. Tech companies must step up their efforts to monitor and take down dangerous content. And digital rights groups and consumers must stay watchful and keep governments and tech companies from going too far.