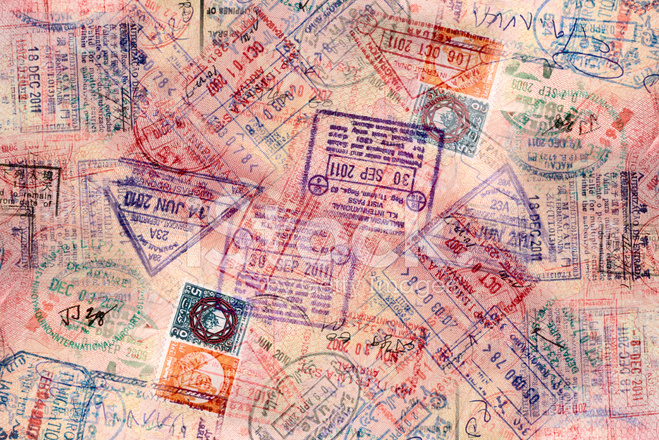 Visa applications are difficult in every country in the world. Foreigners have to navigate ever-changing mazes of rules and paperwork. And at times, those rules don’t seem achievable or justifiable.

That said, there are some things you can do to make the process easier.

So when you deal with the visa office, be nice. You may be beyond frustrated and feel like you’ve jumped through so many hoops you could join the circus, but shouting and acting like an entitled foreigner is not going to get you anywhere.

There are plenty of stories of exceptions being made in certain circumstances. Or of individual visa officials bending the rules either for or against certain applicants. And officials are granted discretion to make individual decisions based upon their interpretation of specific cases. But there are also plenty of cases where the visa office stuck to its guns.

No matter how annoying the red tape and how jobsworthy the official, the only real way to be sure you can get a visa is to work within the system. Talk to any Colombian about trying to get a visa for a two-week holiday abroad if you want a reminder on how hard it really is to get a visa. Or talk to one of the many Venezuelans trying to live in Colombia who have it a lot harder than rich foreigners with jobs and money.

Know the rules and the requirements

You’ll find the basic rules on the Cancillería website, and you’ll likely be asked for additional paperwork. It is not always easy to figure out which visa you should apply for, but it is safe to say that if you can’t fulfil the requirements listed there, you’re going to be rejected.

You can find more information about each visa type and the documentation you´ll need here. If you plan to live here long term, it is worth understanding the rules. You could, for example, unintentionally invalidate your future R visa application if you leave the country for more than six months during the five years normally needed.

Let’s be honest, some of the requirements are tough. And they don’t all feel logical or justified. But if you’re going to campaign against them, at least be clear on what it is that should be changed and why. Half-baked social media campaigns against the Ministry of Foreign Affairs — especially when it was perfectly justified in rejecting a visa application — just contribute to anti-foreigner sentiment and makes the ministry less likely to consider sensible revisions to the rules.

It’s also true to say people get pushed into states of semi-legality when faced with seemingly impossible rules. Their visa takes too long to process, so they leave the country and come back as a tourist. They sign up to a course so that they can qualify for a student visa. They go for the V visa rather than the M because it works in the short term. Sadly, that’s the way of red tape everywhere in the world: If it’s not possible to operate 100% within the rules, nobody can ever be whiter than white.

That said, I have lost count of the number of visa conversations I’ve had with people where they tell me “It’s not fair.” They have lived here for five years and only spent 18 months of that time on a tourist visa, so why won’t the visa office give them a resident visa? Because you need to be here for five years on the same M visa to qualify. Many of these regulations are very clearly stated and can be found on governmental websites in seconds.

Other times a foreigner will tick most of the boxes for a workers visa, but then can’t meet the income requirements. Incidentally, those income requirements are high — to qualify for an M visa as an independent worker you need to earn 10 minimum wages a month (which is about 9 million pesos).

Or, here’s another common refrain from visa applicants: It says on the website that my visa should be for three years and I only got one year. Not true. Your visa could be granted for up to three years, but you could be given anything from six months to three years.

It isn’t always fair. The rules themselves are not fair. At least if you understand them, you give yourself the best shot at being approved.

And if you don’t understand them all, that’s fine. It is a complicated system by nature. And one that is unreasonable in many, many ways.

But submit applications based on hearsay and WhatsApp advice from friends and that’s your problem — not the ministry’s. If you love Colombia and want to stay here, consider getting professional advice to help you through the process.

Colombia is a country of red tape. We’ve just seen that the Ministry of Education could take up to four months to certify your degree certificate, and that’s before you factor in the time and effort involved in getting your university to send you the apostilled documents you need.

I emailed Migración Colombia a month ago after failing to get an answer by phone or on their website. According to the automated reply, it could take up to 35 working days before I get an answer. Luckily, I have a while before I need to submit my application.

If you’re applying for your visa just a week before it expires, you might as well put in your application for a salvoconducto now. Everything is taking longer in our new reality, and the usual five-day turnaround from the visa office could now be as high as 30.

Be willing to provide additional papers

Not only do you need to be ready to upload all your documents into an unwieldy online application, you are also likely to be asked for extra paperwork.

In fact, it is unusual for your visa to be approved without a request for additional documents.

– Further information from your accountant or employer

I once had to scan in three years’ worth of receipts from The Bogotá Post and then shrink the file to meet the maximum upload size. Luckily, we’re a volunteer-run paper that can’t afford to spend much.

This is probably the best advice I’ve ever been given in Colombia. Sadly, different officials can and will give you different instructions. If you have the name of Official #1 who told you you needed to get a letter from the international dolphin trainer’s association, life will be a lot easier.

When you go back to the visa office and present said letter to Official #2, who says you actually need three signed photos from the dolphins you trained, you will be able to stand your ground. Not only that, but you’ll find the advice you’re given is more likely to be correct when the person you’re dealing with knows you have written down their name.

A note on independent workers visas

Independent workers visas (a Tipo M visa issued for professional “actividades independientes”) have been a hot topic ever since the rules changed in 2018. As part of the new ‘V’, ‘M’, and ‘R’ visa system, the Cancillería require independent workers applying for an M visa to provide a degree certified by the Ministry of Education.

Now, I firmly believe that the Cancillería is wrong to demand that degree. I think the rule was shortsighted and may have had unintended consequences. It has hit many journalists and other freelance workers here because they don’t have a degree in the area they are working in.

It came as a particular shock to many who had already spent years in Colombia on a TP-7 visa, which was the old (and now eliminated) version of the current M visa for independent workers and has most of the same requirements — except for degree certification.

I understand the government only wants to give visas to qualified independent workers, but I would argue that there are plenty of other ways that freelancers could prove their capabilities and experience. Many journalists, for example, never got a degree in that field and their main qualification is the bylines that show they have been publishing stories, reports, or multimedia content.

On a practical level, the change in the law was not managed well, as the Ministry of Education was not prepared for a sudden influx of degree certifications. Hence the four-month processing time — or more.

And the requirement to demonstrate you earn over nine million pesos a month is extreme. That’s more than double (or triple)  the amount you need to live a very comfortable life and excludes a large number of applicants.

On a legal level — and talking purely about journalists — the requirement is likely unconstitutional, according to many legal scholars, because journalism is not a regulated profession in Colombia and so you shouldn’t need a degree in order to practice it.

Both the Asociación de Prensa Internacional de Colombia (APIC) and the Fundación para la Libertad de Prensa (FLIP) have tried to get this rule changed. Not only is it unconstitutional, they argue, but it restricts the freedom of the press. If long-term journalists rely on favours from visa officials, it is difficult for them to report on Colombia objectively.

But while I continue to oppose that rule, I don’t dispute Colombia’s right to stipulate what type of foreigner they wish to allow to live in their country. And I don’t support the people who take their individual cases to social media and cry wolf when they clearly didn’t comply with the visa requirements in the first place.

There are a number of parts of the current visa system that are beyond unfair and difficult to justify. They leave people who love Colombia and would contribute to its economy and continued growth unable to qualify, or people who bought homes they are unable to live in. But if you are applying for a visa, the best thing you can do is understand the rules, follow them. Then you’re in a strong position to challenge decisions that are actually unjust.