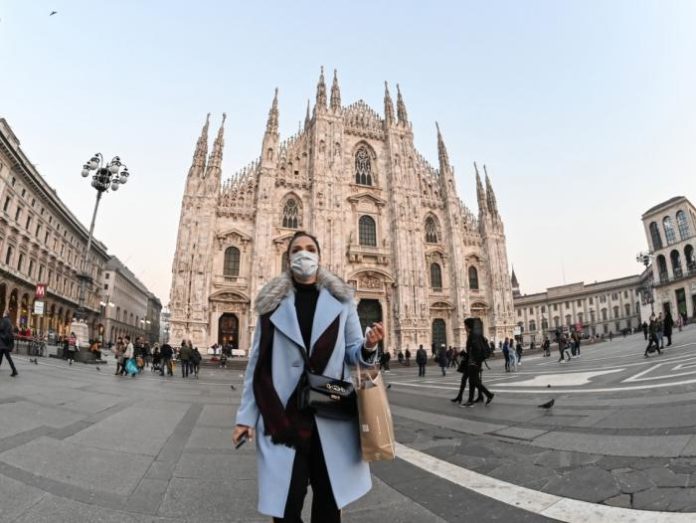 The number of coronavirus cases in Italy rose past 9,100 on Monday, prompting Prime Minister Giuseppe Conte to put the entire country on lockdown.

Over the weekend, the government quarantined the northern region of Lombardy and 14 neighboring provinces. On Monday, after the country’s death toll from the virus reached 463, Conte extended the restriction zone to encompass the whole country of over 60 million people, BBC reported.

Conte urged citizens to keep the common good top of mind and help control the spread of the coronavirus. He also canceled all sports gatherings.

«All the measure of the red zones are now extended to all of the national territory,» Conte said at a press conference, stressing that this decision is meant to safeguard the nation’s citizens, particularly its more vulnerable communities.

The containment measure takes effect on Tuesday and is slated to last through April 3, as was the case with the initial red zone.

People can continue to use public transit to get to and from work, but can expect to be asked by police and other officials to explain their reason for traveling. No activities and gatherings beyond that are allowed, Conte said.

The coronavirus started in Wuhan, China, late last year and has since infected more than 111,000 people globally and led to over 3,900 deaths. As of Monday, Italy was the worst-hit country outside Asia.

As part of sweeping restrictions that have been imposed in recent days, schools, museums, theaters, and swimming pools throughout the country have been closed, and weddings and funerals have been halted. Large public events have also been stopped, entire towns have been sealed off, and Italy’s popular tourist destinations are deserted.

Conte’s announcement came on the heels of a turbulent day for Italy’s prison system with inmates rioting, setting fires, and dozens escaping.