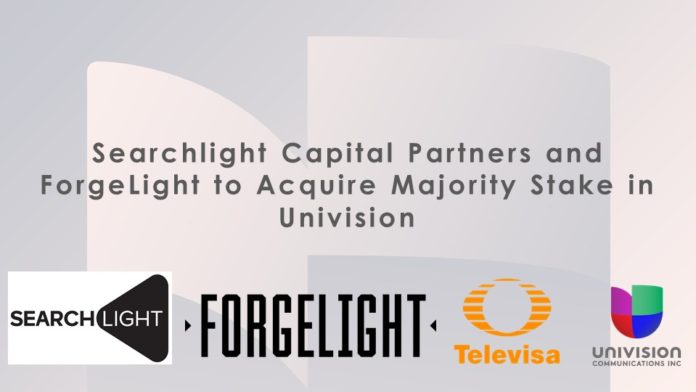 Searchlight Capital Partners and ForgeLight have together acquired a 64% majority stake in Spanish-language broadcast network Univision. The financial terms of the deal were not disclosed.

Wade Davis, the founder of ForgeLight, is set to become Univision’s CEO. Davis was Viacom CFO before the MTV parent company re-merged with CBS in late 2019. Vince Sadusky, the current CEO of Univision, will exit the company after the transaction closes, an insider knowledgeable with the deal tell TheWrap. Sadusky is 53 years old, so it will not be a retirement.

Televisa will retain 36% ownership of Univision, the top-rated Spanish-language network.

The transaction, which is subject to regulatory approvals, is expected to close later in 2020.

To provide a broad understanding of the kind of money at stake here, Univision Communications went private in 2007 when Haim Saban bought the company for $13.7 billion. In 2016, Univision paid $135 million to purchase Gawker Media.

Will the news investors look for the relationships with narcos as Justo Pastor Perafan with Daniel Coronell?