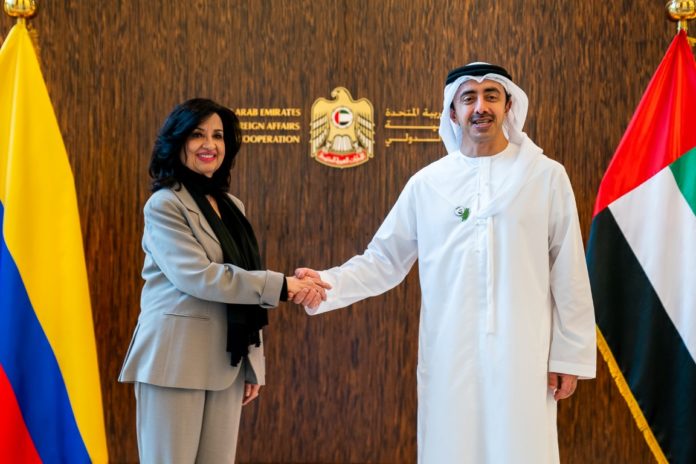 The Ministry of Economy announced that it will organise a visit by a high-level official and commercial delegation to Mexico and Colombia from 24th to 27th February.

The delegation will be headed by Sultan bin Saeed Al Mansouri, Minister of Economy, and include several government officials from participating federal and local authorities, as well as a group of Emirati investors, traders and business people.

«The UAE Government is keen to strengthen its economic ties and commercial partnerships with Latin American markets, which we view as partner countries and promising markets. We are keen to take our economic relations with these markets to new levels. Mexico and Colombia are two key destinations in this region. During the visit, we aim to explore further partnership opportunities and discuss ways of promoting trade and increasing Emirati exports to markets in this region, as well as enhance the presence of Emirati companies as investors in various vital sectors in Mexico and Colombia,» Al Mansouri said.

The visit will also cover the cooperation between all sides in key economic sectors, such as mutual investments, non-oil foreign trade, exports, tourism, the halal industry, logistics, aviation links, and the participation of Mexico and Colombia in the Expo 2020 Dubai.

The 40-strong delegation will include Abdullah bin Ahmed Al Saleh, Under-Secretary of the Ministry of Economy for Foreign Trade Affairs, and Mohammad Nasser Hamdan Al Zaabi, Director of the Department of Trade Promotion at the Ministry.