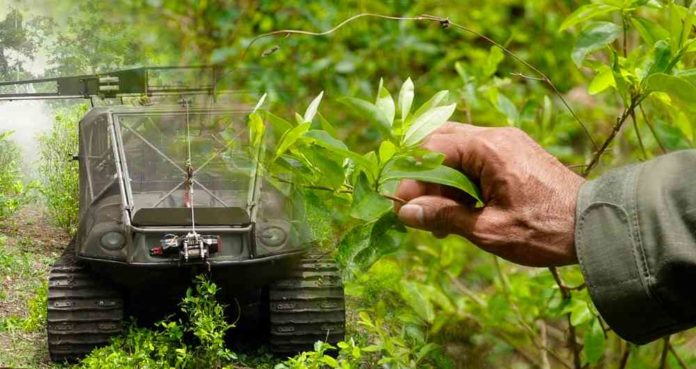 Colombia hopes this year to eradicate 130,000 hectares (321,237 acres) of coca, the base ingredient in cocaine, Defense Minister Carlos Holmes Trujillo said on Monday.

A wide variety of tools will be made available to remove the coca plants, the minister said, including the possible re-introduction of aerial spraying of the herbicide glyphosate.

The country has come under constant pressure from the United States, the principal destination for cocaine, to reduce coca cultivation within its borders since the end of 2017, when the area taken up by coca plantations hit 209,000 hectares.

The coca crop in 2017 had the capacity to produce 921 tonnes of cocaine, according to the U.S. government.

“Regarding the eradication target, we set a goal of 130,000 hectares, taking into account all the available tools,” Trujillo told journalists.

The goal for coca eradication in 2020 is 30% higher than the previous year, when the Andean country managed to destroy a little more than 100,000 hectares of coca using manual removal techniques.

Colombia suspended aerial fumigation of glyphosate in 2015, after the World Health Organization said the herbicide was harmful to the environment and health, potentially causing cancer.

President Ivan Duque’s government is working to meet various health and environmental requirements demanded by the Constitutional Court so it can restart aerial fumigation, possibly in the first half of this year.

Drug trafficking has long-fed Colombia’s internal armed conflicts. Leftist rebel group the National Liberation Army (ELN), dissidents from the former Revolutionary Armed Forces of Colombia (FARC) guerrillas – who demobilized under a 2016 peace deal – and criminal groups all make money from the trade, according to security sources.