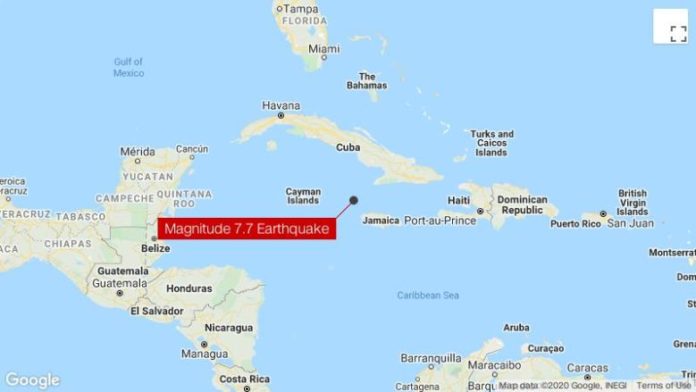 A magnitude 7.7 earthquake struck Tuesday about 80 miles from Jamaica, shaking people in the Caribbean and as far away as Miami.