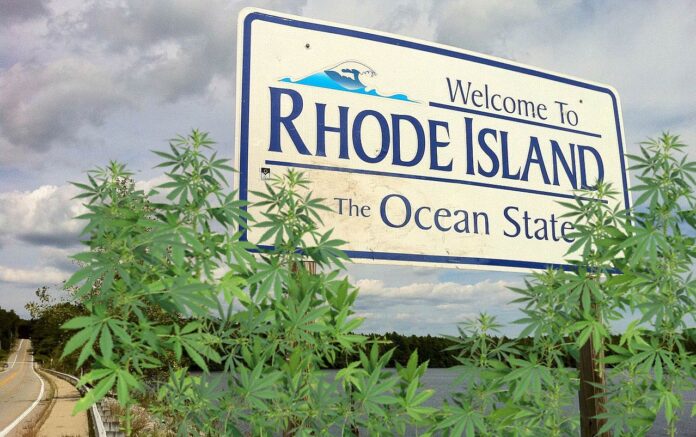 IN RECENT YEARS, it has become clear that there is no longer a question of whether we’ll see the end of cannabis prohibition: All signs indicate that cannabis will be legalized in the United States for adult recreational use. The questions now are about when it will happen and, crucially, how it will take shape.

With every act of state-level decriminalization, an aperture is created — a space for forging policy around cannabis that could influence how the inevitable national shifts take place. In one such vision, major corporations can step in and further establish “Big Weed” monopolies. In another, opportunities are created for those in power to reckon with the extreme racist violence of the war on drugs and to ensure that the communities decimated by prohibition can benefit from legal weed going forward.

Thanks, as ever, to tireless grassroots efforts, a focus on racial and social justice is increasingly becoming the standard for legalizing cannabis. At present, a coalition of anti-racist activists and labor organizers in Rhode Island are working to pass the most progressive legalization legislation in the country.

From Illinois to Vermont, legislatures have included at least some equity policies in their legalization laws, but the Rhode Island activists will be following most closely in the footsteps of New York. When it became the 15th state to legalize the recreational use of cannabis in March, the state set a bar for centering racial and class equity.

Under the New York law, 40 percent of tax revenue from cannabis will be invested into poor Black and Latinx communities most harmed by the violent policing of weed. Programs and grants will be set up to ensure access to the weed industry for members of those communities. Half of cannabis licenses are to be reserved for social equity applicants. And, vitally, all cannabis-related criminal records will be automatically expunged.

Yes We Cannabis RI, the Rhode Island coalition, aims to surpass all existing models. The group is demanding every justice-oriented policy in the New York law, with the addition of prioritizing cannabis licenses for community-based, worker-owned cooperatives, while ensuring cannabis workers’ ability to collectively organize.

Current proposals on the table from the Rhode Island Senate and Gov. Dan McKee include close to no equity provisions. A more promising bill has been proposed in the Rhode Island House, but without specifically reserving ample licenses for worker-owned cooperatives, this legalization bill does not go far enough either. The coalition’s insistence that half the licenses, and thus the market, go to social equity licenses — with half of those social equity licenses reserved for worker cooperatives — is a novel intervention with the real potential to keep “Big Weed” at bay.

“The protections against discrimination and further decriminalization of cannabis-related activities is really crucial,” Jared Moffat, a Rhode Island lead organizer for the Marijuana Policy Project, a national advocacy organization, told me by email. “We have every reason to think that, if these policies are not addressed, people of color will once again be disproportionately impacted, just as they are under the current regime.”

THE SPECTER OF other states’ previous shortcomings hangs over current legalization efforts when it comes to enacting and implementing laws that put an emphasis on reparative justice and equity. The prospect of federal-level legislation also looms: A new bill was introduced by Democratic House representatives late last month, which racial justice advocates say does not go far enough to even closely remedy the harms of prohibition. With this context in mind, there’s a clear urgency for state-level legalization to pass the strongest possible measures when it comes to benefiting the victims of criminalization.

“We’ve seen a similar pattern unfold in almost every jurisdiction that has attempted to pass legalization in an equitable way, beginning with California and Massachusetts five years ago,” Shaleen Title, vice chair of the Cannabis Regulators of Color Coalition, told me.

Title, the former lead regulator overseeing the implementation of Massachusetts’s effort to end marijuana prohibition, detailed the typical, disappointing trajectory, following the passing of a hard-won bill oriented around social justice: “Regulators listen to the community and make an honest attempt to implement it, but barriers — like a lack of capital, difficulty finding property that meets the requirements, and a local approval process steeped in systemic racism — hold back progress among people most harmed by the war on drugs.”

All the while, wealthy businesses and those with preexisting medical marijuana operations are primed to move in. On Tuesday, Amazon announced its support for the federal legalization of marijuana. CNN Business described the move as “indicating a growing willingness in Corporate America to throw its weight behind the issue.”

We can be pleased that workers will no longer be policed and punished by companies like Amazon for marijuana use or previous weed-related arrests, but this is a bare minimum. There’s a clear need, however, for policies like those demanded by the Rhode Island coalition, which set out a road map for putting the future of the cannabis industry in the direct hands of locally situated workers and providing the capital and information to ensure worker cooperatives’ access.

Nguyen told me that the worker cooperative model can be seen as a bulwark against the sometimes fatalistic assumptions that attend popular predictions about the future dominance of “Big Weed.” “People want community,” she said, noting that “even under the shadow of Amazon, there are still, for example, thriving community bookstores.” And indeed, just last week a worker cooperative ride-hailing app launched in New York City with over 2,000 drivers already signed up — a challenge to Uber and Lyft hegemonic and exploitative market control.

THE CANNABIS CAMPAIGN in Rhode Island has elevated organized labor’s concerns that cannabis workers in any part of the industry be protected in their ability to engage in organizing. The coalition is demanding the inclusion of a labor peace agreement in any legislation, which ensures such protections from employer interference; such agreements are already included in New York, New Jersey, and California legalization laws and are currently also being considered in Connecticut and Virginia statehouses.

For over a decade, legalized cannabis workers have been a part of the large United Food and Commercial Workers International Union, and securing labor power in the rapidly expanding industry is crucial. As Sam Marvin, organizing director at UFCW Local 328, which represents cannabis workers, told me, “Labor, class, racial, and social issues are all connected, and policymakers now have a unique opportunity to not only meet the benchmark set by New York in passing the most just and equitable cannabis legislation, but to exceed it.”

“Policymakers now have a unique opportunity to not only meet the benchmark set by New York in passing the most just and equitable cannabis legislation, but to exceed it.”

The road from brutal and racist carceral policies to flourishing worker-owned, community-supporting cannabis operations is a long one. In the last year alone in New York City, 94 percent of those arrested for cannabis-related charges were people of color, even though cannabis consumption varies little by race. Any efforts that minimize such police contact and the violence it carries are worthy of support. But there can be no justice without economic justice for those communities devastated by policing and the drug prohibition that enabled it.

While medical marijuana has been legalized in Rhode Island since 2006, the state has some of the harshest sentencing laws in the country for certain levels of possession. A person arrested with over five kilos of weed, without a medical license, faces a minimum prison sentence of 10 years and fines up to $100,000. The American Civil Liberties Union reported last year that Black people in Rhode Island are 3.3 times more likely than white people to be arrested for marijuana possession despite comparable marijuana usage. “Similar arrest disparities were documented in a 2013 report issued by the ACLU, but they have gotten worse, not better, over the past decade,” the civil liberties organization noted.

The anti-Black, anti-Latinx violence perpetrated by the state will not be repaired by even the most equitable legal marijuana legislation. Yet all legalization must be passed with the idea of reparations front and center. As the cannabis regulator Title wrote in a recent article urging better federal legislation: “We only have one shot to get this right.”