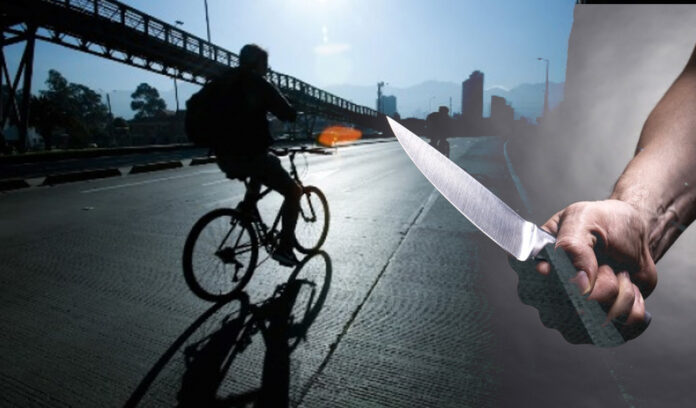 A cyclist is going along a road, just getting to wherever they’re going. A truck arrives and smashes them off the side of the bridge for unknown reasons. There are a few videos like this doing the rounds at the moment. The common denominator is a motor vehicle taking an enormous risk with someone else’s life. The consequences are not suffered by them, of course, but by the vulnerable users they endanger. The cyclist in one of the videos died.

As we ease out of lockdown, we have the potential for a great deal of toxicity on the roads. New bike lanes have sprung up, meaning there are more cyclists on the road than before. That always enrages motorists. The existence of those bike lanes means that anyone not using them will suffer abuse and intimidation. Added to that is an increase in the number of private car users as people eschew public transport in fear of COVID-19. This — and a generally higher level of tension — could lead to increased confrontation as the groups begin to encounter each other on the asphalt.

Early signs were encouraging. Building a bike lane on Séptima was an inspired move that Claudia López can take enormous credit for. It was a hard call and not popular with the motorati, but she got it through while everyone was looking the other way in CoronaChaos. It’s a rare example of a bike lane on a useful street and with half decent infrastructure. It’s not perfect by any means, its middle-of-the-road position makes it a headache to enter and exit, but it’s a big step in the right direction.

The mayor now needs to go even further to support cycling, though. Plenty of resources are used to get pet journalists to write puff pieces about cycling in Bogotá, but there’s little critical assessment. Séptima’s new bike lane is a good start, but more needs to be done to counter violence against cyclists. For months, cycling gropus have denounced the levels of attacks on cyclists in the city.

The standard crime here is not half-inching a bike chained to railings or unattended. It’s holding up cyclists at knife or gunpoint.  It’s a problem that stretches back to the Peñalosa days, but has not decreased under Claudia. Indeed, it’s risen with COVID-19.

Then there is the deliberate misuse of bicycle infrastructure. Motorbikes regularly enter bike lanes and plenty of 4x4s hop over the bumps with impunity. Parking in bike lanes is another issue and others are unusable because of street sellers.

Added to that are the increases in aggression from motorists. With growing numbers of both bike and car users, more and more conflicts have arisen. Climbing up to Patios at weekends has become genuinely irritating, as cars frequently blare horns and attempt to bully cyclists out of the way. All this on a road richly thicketed with signs proclaiming that cyclists should take priority, that motorists should care about the lives of others and so forth. And therein lies the key to what the local government should do. It’s not about meaningless and easy ‘education’, but people being prosecuted.

It’s a radical idea in Colombia, but let’s just enforce the laws and norms we already have, rather than blaring on about the need to educate ourselves and wasting public money on awareness campaigns. It’s often said that drink-driving was stopped as a major problem in the UK after some innovative and hard-hitting advertising. They had an effect, sure, but what really got people on board was the police simply stopping drivers right left and centre and throwing out fines, license points and prison sentences as much as possible. It’s one of the few times, anywhere in the world, that motorists have had any sort of consequences attached to their actions.

So come on Bogotá, if you’re serious about making this into a cycling capital, you need to protect us. Stop this hemming and hawing about the need for everyone to obey the rules and start prosecuting dangerous behaviour in control of a motor vehicle. Fine cyclists for jumping red lights if you like, but for god’s sake get a grip on the people who are causing serious accidents on the roads as well.

At the same time, put police patrols on cycle lanes. There’s no secret to the modus operandi, just station police jackets in known hotspots. Resist calls to rescind existing cycling infrastructure and fine people who invade bike lanes. All of this is relatively cheap (especially factoring in money recovered through fines) and effective. It might not be popular at first, of course, but cities should be designed for people, not motors and you will reap the benefits in time.