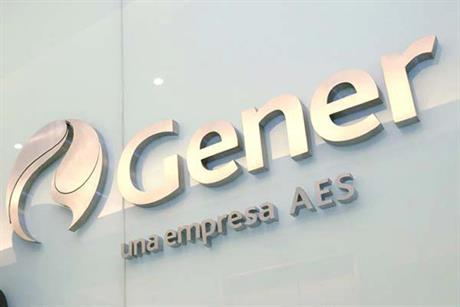 The company, a subsidiary of US utility AES Corp, signed power deals to supply 8.1TWh annually with clients in Chile and Colombia, including mining company Teck, oil firm EcoPetrol and internet giant Google. These will come into force by 2023.

To cover them, AES Gener plans to install more than 400MW of renewable capacity each year between 2021 and 2023.

AES Gener CEO Ricardo Falú said a quarter of the 1.6GW portfolio is already operating or under construction, while 16% is ready to build while the rest is at earlier stages of development.

Last November, it acquired the 110MW Los Cururos project, one of the largest in Chile, for $138 million from Colombia’s Empresas Públicas de Medellín.

The company has started construction of the Los Olmos and Mesamavida wind farms, with 178MW of capacity, in southern Chile’s Biobio region, which are due to enter operations next year

After successfully securing capacity in Colombia’s renewable energy tender last year, AES Gener plans to begin construction in 2021 of the Casa Electrica and Apotolorru wind farms. With 264MW of installed capacity, the two projects will begin operating in 2023.

These projects have positioned AES Gener as “the largest wind developer in Colombia and the company with the most renewables capacity under construction in Chile,” Falú claimed.

The projects will be financed partly by a $500 million bond issue shareholders are expected to approve at an extraordinary general meeting in mid-March.