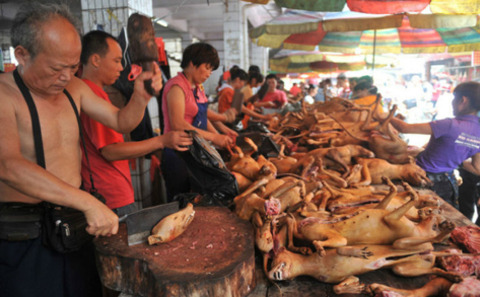 A Chinese city has proposed a ban on eating dog meat in the wake of the coronavirus epidemic, according to a report.

The city of Shenzhen drafted legislation to prohibit the consumption of pooches in an effort to improve food safety.

The ban would also extend to snakes, frogs and turtle meat. If passed, it will be the first of its kind in the country, the outlet reported.

The proposed legislation — which was described by lawmakers as a “universal civilization requirement of modern society” — comes after China already banned the trade and consumption of wild animals nationwide.

The deadly new virus was traced to a wildlife market in the city of Wuhan, in China’s Hubei province.

The outbreak, which was discovered in December, has spread to more than 80,000 people across the world and has killed over 2,700.